Before the billionaires and oligarchs, the unlikely story of football’s first foreign owner

Among the superrich, a high-profile sports team is a must-have accessory. Lucrative English soccer clubs are a prime target for Russian oligarchs, Qatari princes and American entertainment empires. But back when the first foreign owner bought his way into English football, 37 years ago, he didn’t just bring his checkbook. He brought his boots.

In recent years, only three or four of the 20 clubs in the English Premier League are backed by British owners. The rest are the property of megarich backers from the US, Asia and the Middle East. Legendary clubs like Liverpool, Arsenal and Manchester United, family-owned for generations, are now just another asset in portfolios of NFL, NBA and even esports franchises. Their profit motive was made clear with hugely controversial proposals for a “Super League” in early 2021, while Newcastle United has been accused of laundering the reputation of a violent and oppressive Saudi Arabian regime.


This international spending spree started when Russian oligarch Roman Abramovich bought Chelsea FC in 2003, but the largely forgotten first step toward today’s globalized era occurred way back in 1984. Football clubs were traditionally owned by local businessmen until California lawyer Bruce Osterman bought Tranmere Rovers, a proud but impoverished team in the unemployment-lashed north of England. It was the beginning of a new era — but you wouldn’t have known it at the time.

“The game as a whole was at its nadir,” remembers Mark Palios, a former footballer turned businessman who played for Tranmere in those dark days of the 1980s. “Gates were low, there was hooliganism, there was a complete lack of investment. It was a sick industry.”

What followed is more than a quirky footnote in sporting history — it’s a story of conflict between passion and business that any fan of any team in any country will recognize. Palios played an unexpected secret role in the ensuing drama, only to face a horribly familiar crisis threatening the club three decades later.

We all live in a deadly submarine

Former Tranmere player Ken Bracewell was coaching a professional team in San Francisco in the early 1980s when he was approached by attorney and keen amateur goalkeeper Bruce Osterman. The glamour had faded from The National American Soccer League’s 1970s heyday, so Bracewell was surprised when Osterman wanted more than a chat about soccer teams — he wanted to buy one.

Why would a Californian lawyer want to invest in an impoverished sports team on the far side of the Atlantic?

“I was young and it seemed like a good idea,” says Osterman, now in his late 70s. “I had some extra money as I’d done well in my law practice,” he remembers in his unhurried California drawl over the phone from his home near San Francisco. “Tranmere was in real trouble so it was a number to purchase the team that I could afford.”

Tranmere’s stadium Prenton Park is only a brief ferry ride away from footballing titans Liverpool and Everton, but in 1984 it might as well have been on a different planet. Barely clinging to professional status at the wrong end of the English leagues, with no money and plummeting attendances, Tranmere had special permission to hold matches on Friday evenings instead of Saturday afternoons so locals wouldn’t disappear to watch the team’s more glamorous neighbors.

“Tranmere will never compete with Liverpool and Everton,” one of the club’s managers later said. “They’re big liners like the Queen Mary, but I see Tranmere as a deadly submarine.”

In 1984 Tranmere was about to emulate a submarine in the worst possible way: by going under.

Osterman took advantage of the strife and a disastrously weak pound to buy the club, installing Ken Bracewell in charge. “I relied on Kenny for the day-to-day things,” Osterman recalls, “because frankly what the hell did I know?”

Today’s game is full of players, managers and owners from other countries. In the 1980s it was more insular. English clubs were banned from European competition throughout the second half of the 1980s, foreign players like Tottenham’s Argentine duo Ossie Ardiles and Ricky Villa were still a novelty, and there wouldn’t be a foreign manager until Jozef Vengloš arrived from Czechoslovakia to join Aston Villa in 1990.

Having staved off the club’s short-term woes, Bruce Osterman showed up at Tranmere for a few weeks at a time, a few times a year. There was occasionally a language barrier with the distinctive Merseyside accent. “I used to go to sportsman’s dinners for people who had shares in the club, and I was usually the brunt of the after-dinner comedian,” Osterman remembers. “I know he was speaking English but I couldn’t understand a word!” Osterman’s family came too, although his wife found herself excluded from men-only areas such as the boardroom and team coach. “She tolerated my doing this, but it wasn’t a pleasant time for her,” Osterman admits.

Journalists were delighted by the sight of the bespectacled 43-year-old chairman diving around in the training field mud, while players mischievously blasted balls at him. This was all highly unusual, but still — Tranmere were saved.

In the days before television revenue, a lesser club’s main income was ticket sales. Larger-than-life characters attracted paying fans through the turnstiles, so Osterman made the unexpected choice to appoint Frank Worthington as the team’s player-manager.

Worthington, who died in March 2021, had two decades of experience on the field but had never managed a team. The mulleted Elvis fan was certainly an entertainer, a prodigious goalscorer and even more prodigious playboy. His autobiography, suggestively titled “One Hump Or Two,” lists more nightclubs than football clubs. Worthington joked that when he took charge at Tranmere the players thought they’d be in trouble if they got home before 2 a.m.

In his first game before the Prenton Park faithful the dashing player-manager bagged three goals in a 6-2 victory, and he ended up scoring 20 that season. He also made shrewd use of Osterman’s limited budget — one of Worthington’s acquisitions, Ian Muir, remains the club’s all-time top goalscorer. But defence was poor and Tranmere couldn’t afford new blood.

“We didn’t have the players or the money,” Osterman admits. “I had no idea of the difficulty of handling a team even in the fourth division.”

One player understood the economics of Osterman’s situation more than most. Tenacious midfielder Mark Palios was a local lad in his second stint at Tranmere when Osterman arrived. Unlike most footballers, who typically spend their time between matches wasting money, Palios worked a unique parallel career managing money as he trained to be an accountant.

One day Tranmere’s directors walked into Palios’ office looking for advice. They wanted to push Osterman out. The surprised player found himself in the awkward situation of offering advice on the club’s financial future mere hours before pulling on his team shirt and running onto the pitch.

Tranmere’s cash flow crisis came to a head when the well-intentioned but overstretched Osterman tried to sell Prenton Park to make way for a supermarket. Fans, directors and local authorities turned against him.

The American dream had soured.

Thirty years later, in 2015, history repeated for Tranmere Rovers — and for Mark Palios. The club was again in dire straits on and off the field. And just like in the 1980s, a new owner stepped in. But this time, it was Palios who bought the club.

After combining his playing days with a successful accounting career, Palios had been CEO of the Football Association. A specialist in turning around failing businesses, he and his wife Nicola now tackled Tranmere’s turmoil.

Palios began a three-step process he’d applied to many dying companies: Find cash for breathing space. Use that breathing space to fix the business. And finally, bring in new investment.

Most important, the club had to break the cycle of lurching from savior to savior. Palios compares football clubs to gamblers gifted more chips who continue betting on the same old numbers. To really fix the ailing business, Mark and Nicola had to make new bets.

Back in 1985, Palios quit Tranmere and distanced himself from the boardroom shenanigans to avoid a conflict of interest. Ultimately the directors exploited changes to insolvency legislation to get rid of Osterman, Bracewell and Worthington, earning Tranmere another dubious distinction as the first football club to go into administration under the new laws.

In 1987, a new buyer offered less than Osterman paid for the club. Luckily for the American, a strengthened pound took the sting out of the loss.

A new owner and manager took over, but Tranmere’s troubles weren’t over. To ensure survival they had to beat Exeter City on the last day of the season or be disastrously dumped out of the professional league.

Kickoff was delayed as 7,000 fans crammed into one of Prenton Park’s signature Friday night matches on May 8, 1987. Mark Palios was there, although in another bizarre twist he could have been on the field — for either side. Exeter previously tried to sign him, while injury-plagued Tranmere desperately searched for Palios to see if he could help out in the crucial match. “We didn’t have mobile phones in those days,” Palios jokes. “[Tranmere] should have asked the administrators — they knew where I was…”

As the sky darkened above the floodlights neither side could break the deadlock — until six minutes from time, when Ian Muir’s pinpoint cross was headed home by defender Gary Williams. At the final whistle, the delirious crowd poured onto the pitch.

After this fairytale escape, new manager John King — another former Tranmere player, who coined the “deadly submarine” nickname — kicked off a resurgence in the 1990s. The team went to multiple finals at Wembley, rising through the divisions and almost surfacing alongside Liverpool and Everton in the Premier League.

Sadly the golden era didn’t last, and in 2015 a run-down Tranmere sank out of the professional league entirely. Under different leadership that could have destroyed the club, but Mark and Nicola Palios had a plan to stay afloat. They developed new revenue streams which didn’t rely on a benefactor’s deep pockets, earned money from the stadium not just on matchdays, and built on the club’s standing in the community with training schemes for vulnerable youth. “The business model I’ve tried to produce is football-agnostic,” Palios explains. “So if I go, the business stays.”

The club is into phase three of the…

The 35 Best 90s Movies Everyone Should Stream This Summer 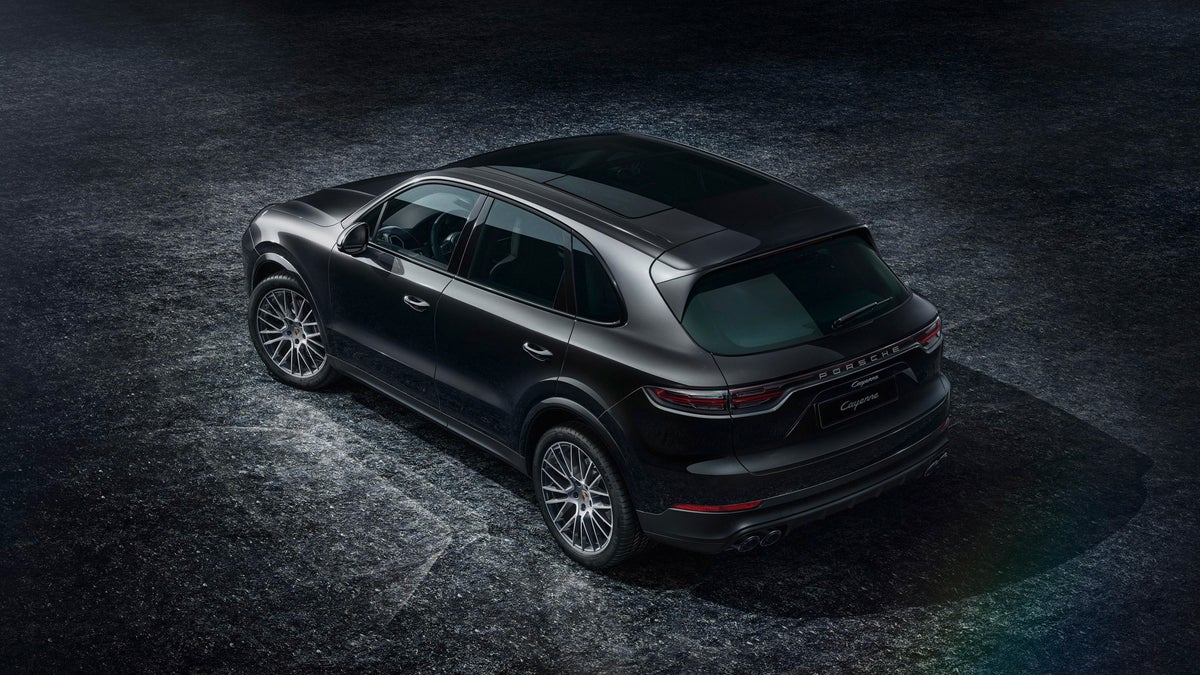 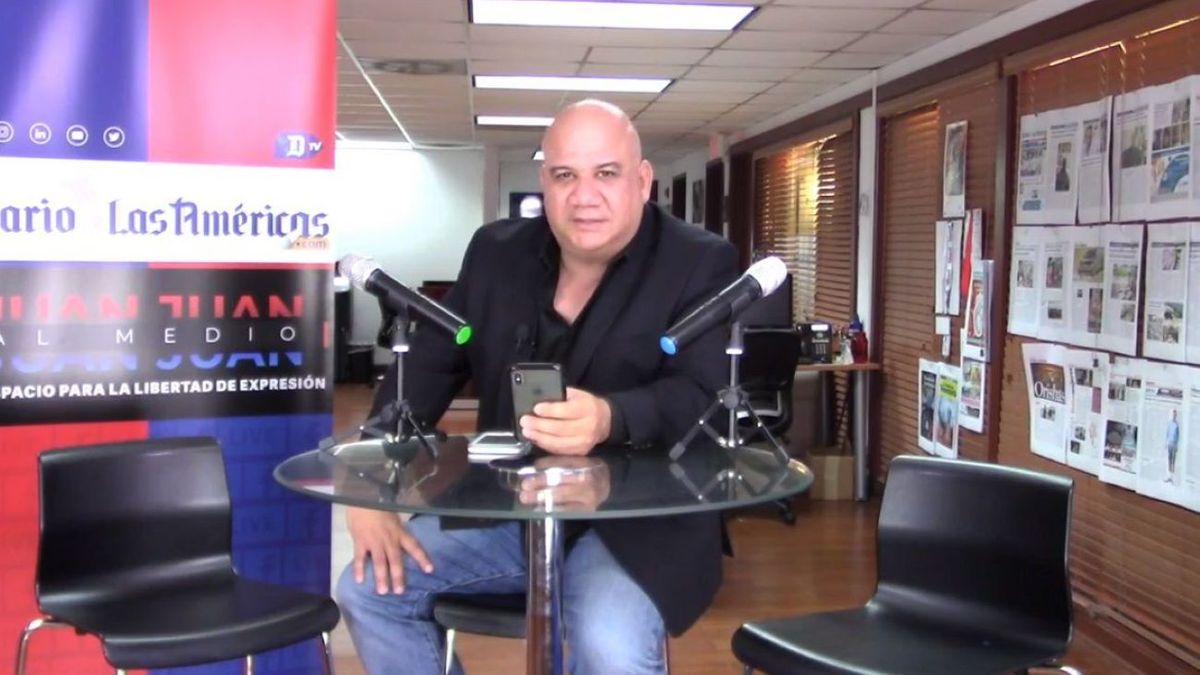 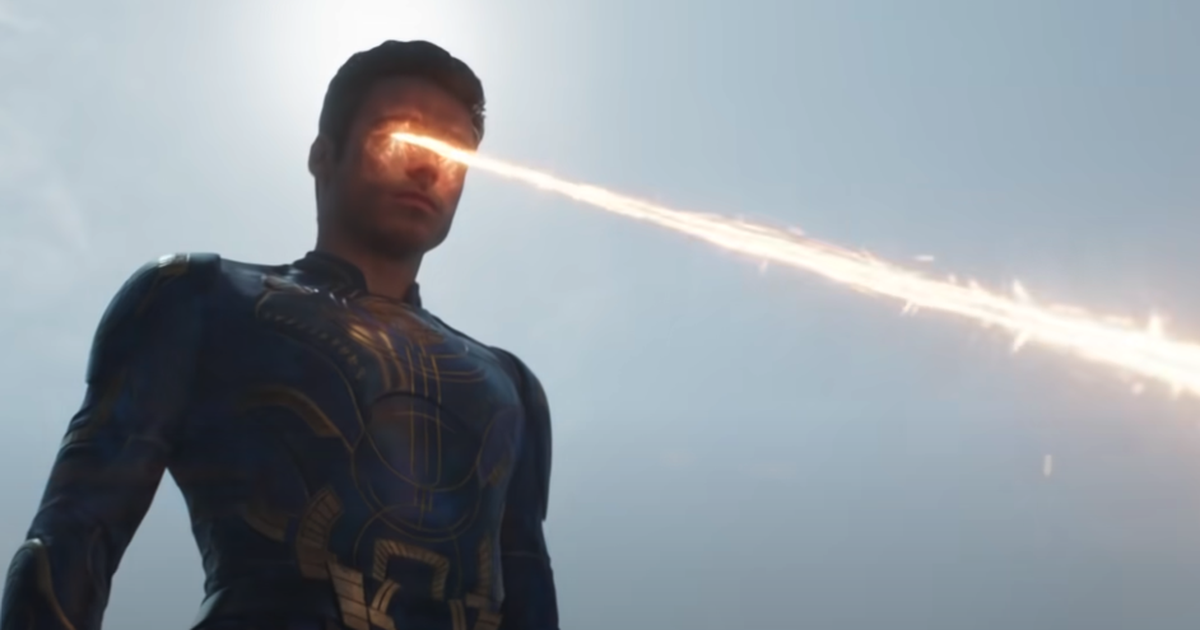 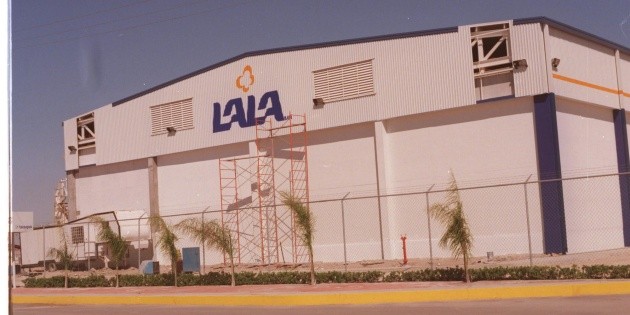 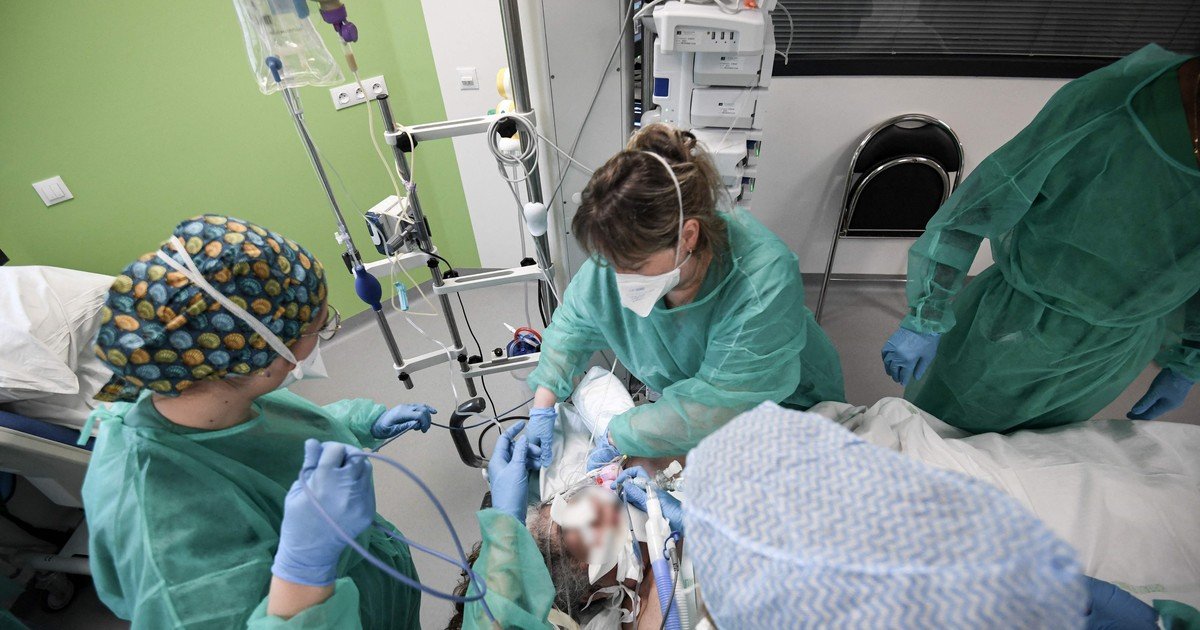 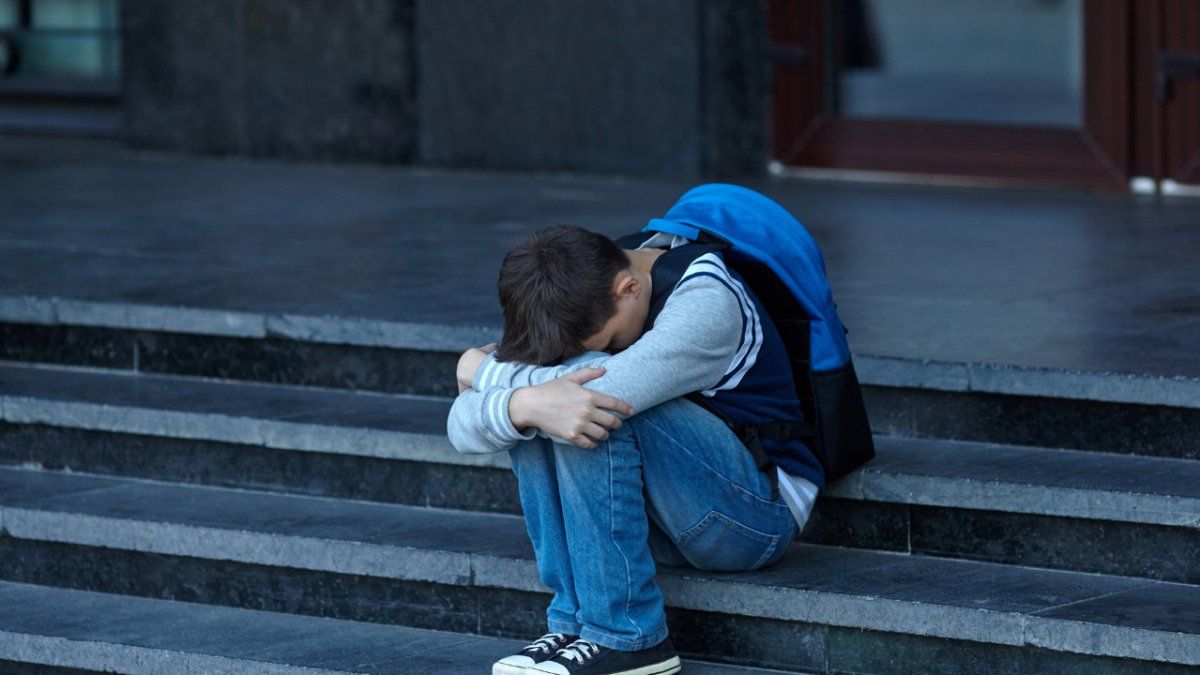