Disney Plus: How to stream Black Widow, and everything else about Disney app

Disney Plus has been a breakout success among the wave of new streaming services, thanks to a deep library of shows and movies, buzzy originals and (sometimes) big-screen movies to watch the same time they hit theaters. Next up will be Black Widow, the big-screen Marvel movie that’ll be available to stream on Disney Plus the same day it hits theaters, July 9.

Stay in the know

Get the latest tech stories with EDLDaily News every weekday.

Keep in mind: Disney Plus recently raised prices, too. And last year it eliminated its seven-day free trial for new members. As of late March, Disney Plus’ monthly subscription now costs $8 in the US, a price increase of $1 a month. Its annual plan went up by $10, to $80 a year. And Disney’s three-service bundle — combining streaming access to Hulu, Disney Plus and ESPN Plus — also went up $1 a month. But the monthly rate of Disney Plus is still roughly half the price of HBO Max and compares with Netflix’s cheapest tier, which is $9 a month.

How do I watch Black Widow on Disney Plus?

Black Widow will be released on Disney Plus as part of the Premier Access model on July 9, and its release should be the same as other Premier Access titles that came before.

With Premier Access, films cost $30 to unlock on top of the price you pay for a Disney Plus subscription. You can purchase access to the film on Disneyplus.com and on the service’s app for Apple (including iPhones), Google (including Android phones), Amazon, Roku and other platforms. The service will automatically prompt you to pony up with your payment method already on file and request that you enter details like a credit card CVV number.

Purchasers are able to watch these movies for as long as they remain active Disney Plus subscribers. In this way, Premier Access isn’t like unlocking an online rental that expires. Once you pay for a Premier Access title like Black Widow, you can keep watching it for as long as your account remains active.

The price varies internationally in local currencies, but the value of the international prices is generally on par with $30. Taxes vary by country. In some countries, purchasers will need to pay taxes on top of the purchase. But in other countries, like those in the eurozone, the price already includes taxes.

You have two months to purchase Premier Access for Black Widow after its initial release July 9. But, like other Premier Access movies that came before, Black Widow won’t become part of the standard catalog for three months. That leaves a one-month gap. People who previously purchased Black Widow on Disney Plus don’t have any disruption to their access to the title, though.

Can I wait before purchasing Black Widow with Premier Access?

Basically, you have two months to decide. Premier Access is typically available as a purchase option for two months after a title is released. But, like other Premier Access movies that came before, Black Widow won’t become part of the standard catalog for three months. That leaves a one-month gap. Black Widow is expected to be unavailable for purchase on Disney Plus in early September, a month before it joins the standard library any subscriber can stream.

People who previously purchased Black Widow on Disney Plus won’t have any disruption to their access to the title, though.

When will Black Widow be ‘free’ to stream on Disney Plus?

Black Widow is scheduled to become part of the standard Disney Plus catalog on Oct. 6. Some people refer to this as the date Black Widow will be “free” to watch, but everything on Disney Plus still requires a paid subscription.

When will Cruella be available to stream ‘free,’ without paying the extra Premier Access fee?

The movie will be streamable at no added cost for all regular Disney Plus subscribers on Aug. 27. Some people refer to this as the date Cruella will be “free” to watch, but everything on Disney Plus still requires a paid subscription. On Aug. 27, Cruella will simply no longer require any additional fee.

Cruella is expected to be unavailable for purchase on Disney Plus in late July, a month before it joins the standard library any subscriber can stream. (But by that time, the movie is available in other formats, like standard online rentals, Blu-ray, etc.)

When does Eternals come out on Disney Plus?

Disney hasn’t confirmed a streaming release date yet for Marvel’s Eternals. But here’s what we know and some educated guesses about what to expect.

Before the pandemic, new Disney movies would make their way to Disney Plus about five to eight months after they premiered in theaters. That means it’s possible that Disney Plus subscribers could be waiting until summer 2022 to start streaming Eternals. We won’t know for certain until Disney confirms the streaming plan for Eternals. And we won’t be able to make an educated guess about that until the company sets the streaming plan for Shang-Chi, the big Marvel movie that will precede Eternals.

Will Disney keep releasing its new movies in theaters and on Disney Plus simultaneously?

During the pandemic, Disney Plus introduced the Premier Access model, which sells streaming access to new, big-screen movies for an additional $30 on Disney Plus at the same time they’re also available in theaters. So far, Disney has released several movies this way: the live-action remake of Mulan, animated fantasy Raya and the Last Dragon, and Cruella. Next up is Black Widow on July 9, followed by Jungle Cruise on July 30.

But as cinema restrictions ease and more people feel safe crowding into movie theaters, Disney is going to reintroduce theatrical-only windows starting in August. Free Guy, a sci-fi comedy from Disney’s 20th Century Fox, will be released in theaters exclusively for 45 days starting Aug. 13. Then Marvel’s Shang-Chi and the Legend of the Ten Rings will be released Sept. 2 in theaters exclusively for 45 days as well. It’s likely that other big-budget movies like Eternals will either follow suit — or have an even longer period in cinemas only.

While Disney has specified theatrical exclusives for some films, the company hasn’t clarified how its streaming plan will play out for movies like Shang-Chi and other megabudget movies like Eternals set to come out later this year. Typically, before the pandemic, new Disney movies would make their way to Disney Plus about five to eight months after they premiered in theaters. But it’s unclear whether movies like Shang-Chi and Eternals will be available on Disney Plus right after the theatrical window ends or if it will take longer for them to arrive.

But for some of its forthcoming movies, Disney is simply switching films originally planned for theaters to be Disney Plus originals instead, skipping theaters entirely. This strategy mostly applies to midbudget movies, including Pinocchio, a live-action remake starring Tom Hanks; its Peter Pan reboot; Disenchanted, a sequel to Enchanted that’ll have Amy Adams reprise her princess role; and Sister Act 3, reviving the comedy franchise about nuns.

Does Disney Plus have a free trial? Or other free offers?

Disney Plus no longer offers a standard free trial. It eliminated its one-week free trial program in June 2020, shortly before the premiere of Hamilton.

But other deals may unlock Disney Plus free (or at no added cost).

For example, Disney and Verizon have a deal that gives a free year of Disney Plus starting on launch day to all the carrier’s customers with a 4G LTE or 5G unlimited account, as well as new customers of Verizon’s Fios and 5G home internet services. Those who prepurchased a Disney Plus plan such as the now-expired three-year discounted subscription deal can stack their one free year on top of it, according to a Verizon FAQ.

How much does Disney Plus cost?

Disney Plus’ US price deeply undercuts the $14 monthly fee for Netflix’s most popular plan in the US, which lets you stream to two different devices simultaneously in high definition. But Disney Plus allows all subscribers to stream to four devices and access 4K content at no extra cost — features Netflix charges $18 a month to unlock its premium tier.

Way back in 2017, Disney’s then-CEO Bob Iger noted that Disney Plus pricing at launch would reflect the “fact that it will have substantially less volume” than prime competitor Netflix. As the months and years pass, Disney Plus is accumulating a bigger catalog of exclusives and originals. As that happens, it’s widely expected the company will continue pushing its price higher.

How much is the bundle with Hulu and ESPN Plus?

The company also offers a bundle that combines Disney Plus with  Hulu (with ads) and ESPN Plus, offering a discount if you subscribe to all three of those streaming services for $14 a month. Put another way, you can subscribe to all three of Disney’s main streaming services for the same price as a standard Netflix subscription.

In January, the company introduced a higher tier of that bundle, one that removes the ads from Hulu. The package with ad-free Hulu, Disney Plus and ESPN Plus will cost $6 more than the basic bundle — equivalent to the same cost increase you’d pay to step up from ad-supported Hulu to ad-free Hulu as stand-alone services. The ad-free-Hulu bundle is $20 a month.

What are the biggest shows and movies coming to Disney Plus in July 2021?

Some of the bigger titles still coming to Disney Plus:

What other shows and movies are coming to Disney Plus?

Disney plans to flood Disney Plus and its other streaming services with shows and movies in the coming years, promising more than 100 new titles every year on Disney Plus and committing to spend $14 billion to $16 billion annually on streaming content across its services within the next four years. (That’s about the same size as Netflix’s budget now.) Disney Plus itself is going to get $8 billion to $9 billion of Disney’s overall streaming budget.

That eye-popping budget meant Disney has announced a wave of new Star Wars originals, tons of Marvel projects and an exhausting lineup of new shows and movies. Disney laid out plans for as many as 20 new Marvel and Star Wars series. For details on them, EDLhas deep dives into the announced Star Wars slate and Marvel slate, as well as coverage that generalizes the Disney Plus pipeline.

As for big-screen movies, the COVID-19 pandemic dramatically changed how Disney releases its new movies on Disney Plus — and the new normal isn’t exactly clear yet. At first, Disney Plus simply started streaming already-released movies months earlier than planned, such as Star Wars: The Rise of Skywalker, Frozen 2 and Pixar’s Onward. Then Disney started ratcheting up the streaming releases of new movies, such as its film version of the award-winning musical Hamilton with most of… 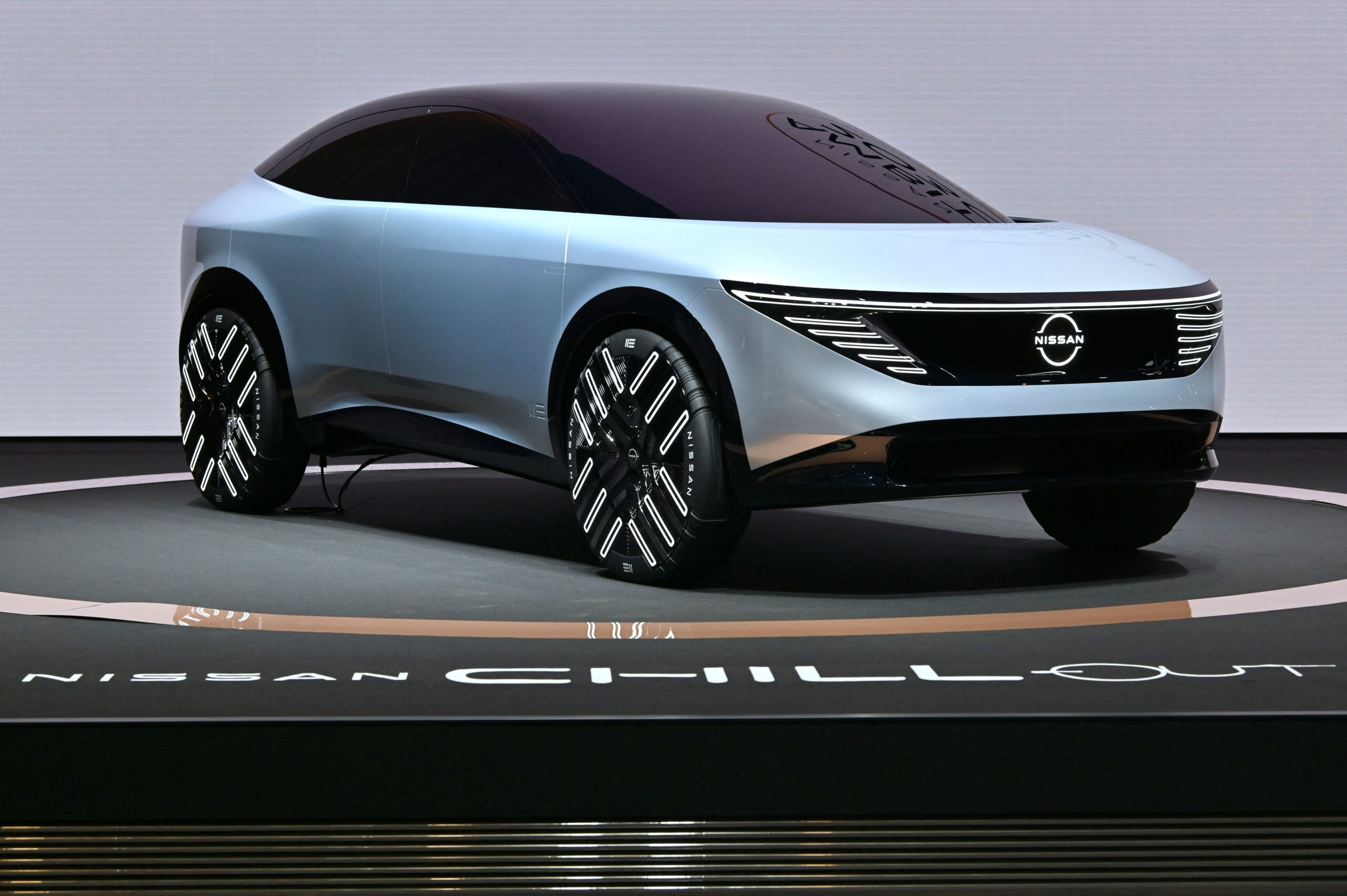 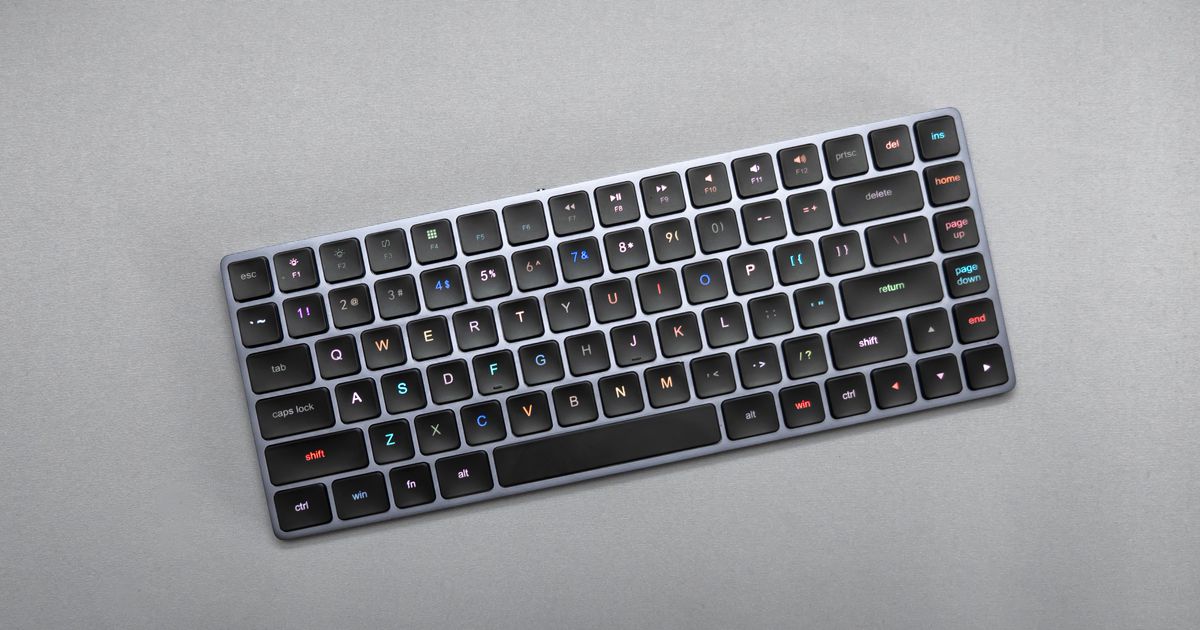 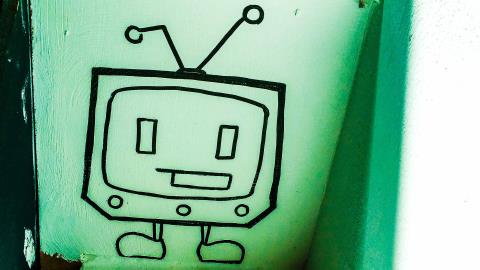 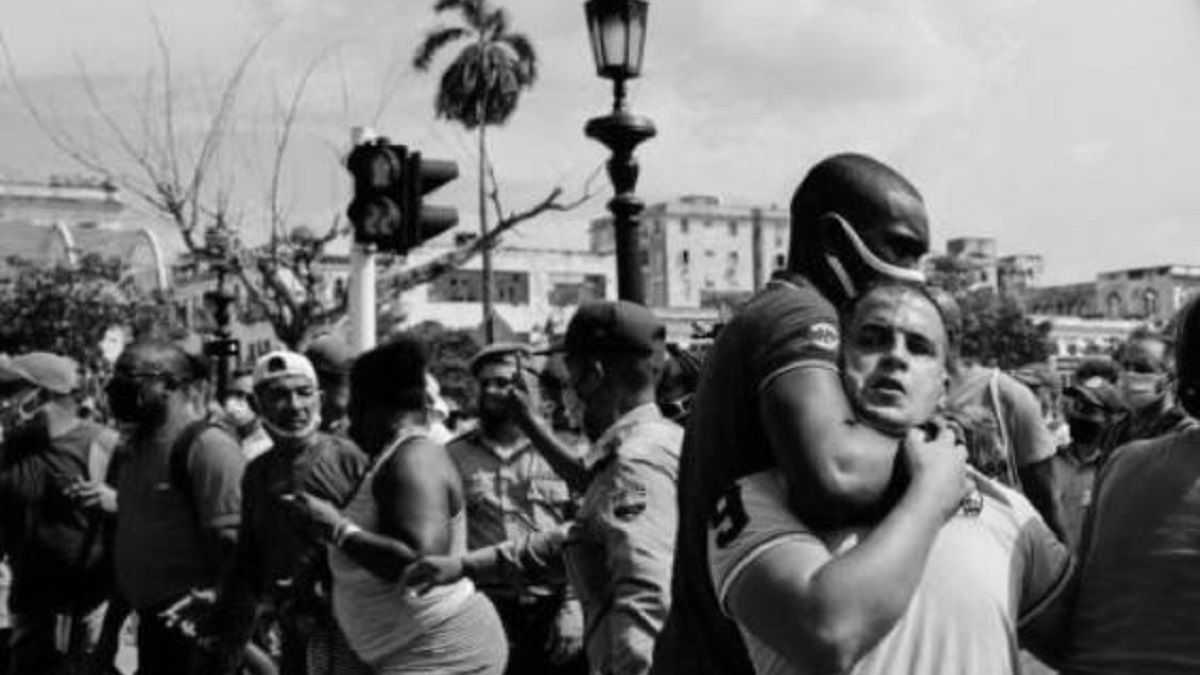 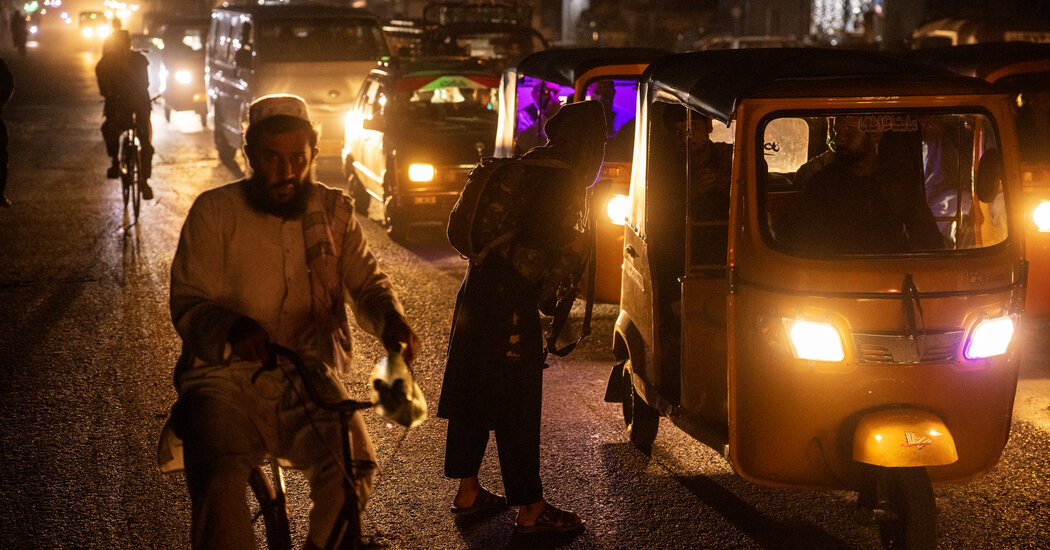 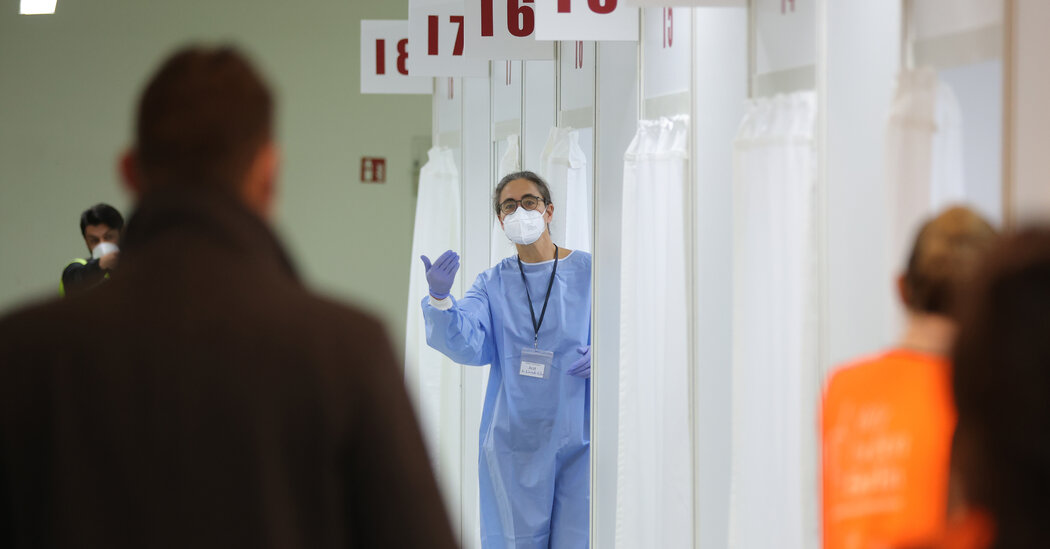