Nuclear power is clean and safe. Why aren’t we using more of it?

A quick thought experiment. What would the climate debate look like if all humanity had was fossil fuels and renewables — and then today an engineering genius revealed a new invention: nuclear energy. That’s the hypothetical posed to me by Dietmar Detering, a German entrepreneur living in New York.

“I’m sure we’d develop the hell out of it,” he said, before sighing. “We’re looking at a different world right now.”

Detering thinks nuclear energy could be the key to solving the climate crisis. A former member of Germany’s Green Party, Detering now spends his spare time as co-chair of the Nuclear New York advocacy group. He’s part of a wave of environmentalists campaigning for more nuclear energy.

Though the word evokes images of landscapes pulverized by atomic calamity — Hiroshima, Chernobyl, Fukushima — proponents like Detering and his colleague Eric Dawson point out that nuclear power produces huge amounts of electricity while emitting next to no carbon.

This separates it from fossil fuels, which are consistent but dirty, and renewables, which are clean but weather dependent. Contrary to their apocalyptic reputation, nuclear power plants are relatively safe. Coal power is estimated to kill around 350 times as many people per terawatt-hour of energy produced, mostly from air pollution, compared to nuclear power.

“Any energy policy has pros and cons, and we feel, after putting a lot of scrutiny on it, that the pros outweigh the cons of nuclear energy,” said Dawson, a grassroots campaigner at Nuclear New York.

It’s a contentious statement. Many scientists and environmentalists say nuclear power is prohibitively dangerous and expensive, that plants take too long to build. “Better to expand renewable energy or energy saving, that is a better use of money in terms of climate change mitigation,” says Jusen Asuka, director at the Institute for Global Environmental Strategies in Kanagawa, Japan.

But many scientists and experts believe nuclear power is necessary to achieve carbon neutrality by 2050. “Anyone seriously interested in preventing dangerous levels of global warming should be advocating nuclear power,” wrote James Hansen, a former NASA scientist credited with raising awareness of global warming in the late ’80s, in a 2019 column.

This second camp mourns the decline of nuclear power, which has steepened since the 2011 meltdown at Fukushima. The International Energy Agency estimates the developed world is on track to lose 66% of its current nuclear capacity by 2040. In the US, where nuclear power produces nearly 40% of the country’s low-carbon power, 11 reactors have been decommissioned since 2013 — and nine more will soon join them.

The most recent retirement was Indian Point Energy Center, which formerly produced 25% of the electricity used by 10 million New Yorkers. One reactor was shut last year and the second followed on April 30. The result? Higher emissions as the electricity gap is filled by natural gas.

To be sure, there are risks.

Meltdowns, while rarer than once-in-a-generation, have cataclysmic consequences. And the question of how to best store nuclear waste is contentious: The US invested $9 billion in building a storage site at Yucca Mountain before abandoning the project, though Finland, France and Canada have found potential solutions. (The US also toyed with launching nuclear waste into the sun. Those plans have also been abandoned.)

As a result, nuclear power’s reputation is among its biggest hurdles. In the public imagination, nuclear power presages disaster. But the numbers tell a different story. Estimates of deaths from nuclear incidents range from less than 10,000 to around 1 million. As you can infer, it’s a highly contested number — but in either case dwarfed by the death toll from fossil fuel pollution. Around 8.7 million premature deaths were caused by fossil fuel pollution in 2018 alone, according to a February Harvard study.

Bill Gates, when asked if nuclear energy was a solution to climate change, responded: “If people were rational, yes.”

The PR problem is understandable. Thirteen years before the first American nuclear power plant opened, the same technology was used to devastate Hiroshima and Nagasaki. No one appreciated the black cloud hanging over atomic power more than President Dwight Eisenhower, who accompanied the rollout of nuclear electricity with a marketing blitz. “This greatest of destructive forces can be developed into a great boon, for the benefit of all mankind,” he promised in his now famous Atoms for Peace speech.

So alluring was the promise of cheap, clean energy that 11 countries had built nuclear reactors by 1970, with hundreds more commissioned for development. The newly created Atomic Energy Commission expected the US alone to be running over 1,000 reactors by 2000. But it was not to be. Forty years later, there are an estimated 440 nuclear reactors running — globally.

There are three key reasons for nuclear’s decline since the ’70s. Environmental groups, fearful of nuclear meltdowns and weapon proliferation, began lobbying governments to stop building new power plants. In the US, the result was rafts of new safety regulations that made building and operating plants two to three times more costly.

Second was Three Mile Island, in which a mechanical failure at a Pennsylvania power plant led to radiation leaking outside of the plant. Though no one was killed, the near-miss caused an immediate pause on nuclear power’s expansion — plus more regulation on existing plants, further driving up costs.

Third, and most crucially: Chernobyl. The catastrophic meltdown realized the anti-nuclear movement’s worst fears: 4,000 people died, according to conservative estimates by the WHO, and over 130,000 were evacuated. (One extreme estimate of the true death toll exceeds 900,000.) The incident illustrates another downside to atomic energy — how lasting damage can be. The nuclear cleanup is expected to take 81 years to fully complete.

Chernobyl put a moratorium on nuclear power. Italy banned it outright a year later, and it would be 26 years before construction of another nuclear reactor was green-lit in the US. By 1987, it seemed the world had decided nuclear power was not the energy of the future.

But that was before climate change took center stage as our greatest existential threat.

When the sun ain’t shining…

The term “environmentalist” is often used as a catch-all, but it can mean different things. It used to refer to people trying to protect wildlife and natural ecosystems. In the 21st century, the term has evolved to encapsulate the need to combat human-made climate change.

The distinction between these two strands of environmentalism is the cause of a rift within the scientific community about nuclear energy.

On one side are purists who believe nuclear power isn’t worth the risk and the exclusive solution to the climate crisis is renewable energy. The opposing side agrees that renewables are crucial, but says society needs a baseload of power to provide electricity when the sun isn’t shining and the wind isn’t blowing. Nuclear energy, being far cleaner than oil, gas and coal, is a natural option, especially where hydroelectric capacity is limited.

“It’s true that nuclear power can have localized negative impacts,” said Leon Clarke, research director at the Center for Global Sustainability, “but it isn’t going to melt your glaciers.”

Clarke, who helped author reports for the UN’s Intergovernmental Panel on Climate Change, isn’t an uncritical supporter of nuclear energy, but says it’s a valuable option to have if we’re serious about reaching carbon neutrality.

“Core to all of this is the degree to which you think we can actually meet climate goals with 100% renewables,” he said. “If you don’t believe we can do it, and you care about the climate, you are forced to think about something like nuclear.”

The achievability of universal 100% renewability is similarly contentious. Cities such as Burlington, Vermont, have been “100% renewable” for years. But these cities often have small populations, occasionally still rely on fossil fuel energy and have significant renewable resources at their immediate disposal. Meanwhile, countries that manage to run off renewables typically do so thanks to extraordinary hydroelectric capabilities.

“Norway, Iceland, New Zealand, countries like these all have a naturally high supply for hydroelectricity, so I’m not promoting nuclear there,” says Dawson, the campaigner from Nuclear New York. “If [renewables] work, and they provide first-world quality of life, great! But most countries are not able to do that.”

Germany stands as the best case study for a large, industrialized country pushing into green energy. Chancellor Angela Merkel in 2011 announced Energiewende, an energy transition that would phase out nuclear and coal while phasing in renewables. Wind and solar power generation are both up over 400% since 2010, and renewables provided 46% of the country’s electricity in 2019.

But progress has halted in recent years. The instability of renewables doesn’t just mean energy is often not produced at night, but also that solar and wind can overwhelm the grid during the day, forcing utilities to pay customers to use their electricity. Lagging grid infrastructure struggles to transport this overabundance of green energy from Germany’s north to its industrial south, meaning many factories still run on coal and gas. The political limit has also been reached in some places, with citizens meeting the construction of new wind turbines with vociferous protests.

The result is that Germany’s greenhouse gas emissions have fallen by around 11.5% since 2010 — slower than the EU average of 13.5%.

Nuclear is replaced by renewables — and gas

Germany’s stunted progress in lowering carbon emissions isn’t an indictment of renewable energy as much as an illustration of how bedeviling the shift from dirty to clean energy is. Reducing carbon emissions means setting up wind and solar farms, but also improving energy efficiency and tackling transport emissions. Neglect of such areas are part of why Germany’s emissions remain high, but the premature dismissal of nuclear energy is also often argued as a key shortcoming of Energiewende.

Green energy has plugged some of the gap left by a diminishing nuclear sector, but so has coal and gas. The situation is similar in Japan. In pivoting away from nuclear energy after Fukushima, the country plans to build 22 new coal plants in the next five years.

New York, like other parts of the US, is following the same path. When Indian Point Power Center’s second and final reactor closed on April 30 it was the culmination of 20 years of debate: Decommissioning the plant was first proposed in 2002 because of its potentially being the target of a post-9/11 terrorist attack.

Public anxiety over Indian Point is understandable. Though not concentrated enough to be hazardous, water carrying radioactive particles flows from the plant into the Hudson River. More harmful is the cooling system that sucks water in from the Hudson, killing fish and larvae in the process. And, as Gov. Andrew Cuomo has pointed out, the plant is unusually close to an exceptionally dense city, which would make a meltdown particularly catastrophic. That millions of Americans rejoiced when the plant’s closure was announced is no surprise.

But now comes the hard part.

New York, a state with a bigger population than most countries, has committed to getting 70% of its electricity from carbon-free sources by 2030. It has invested heavily in wind farms to this end. But with three natural gas plants set up to help provide the power hitherto generated by Indian Point, emissions are likely to go up following the plant’s closure. This is more than a guess: natural gas’s share of energy consumption rose from 36% to 40% after Indian Point’s first reactor was shut last year.

“People say, ‘Well, we’re replacing nuclear with wind and solar,'” said Detering. “But I think that is looking at this backwards. We want to displace fossil fuels.”

It’s a scenario likely to occur repeatedly in the coming years as plants are deconstructed throughout the country. Already on track to miss its 2030 gas emissions… 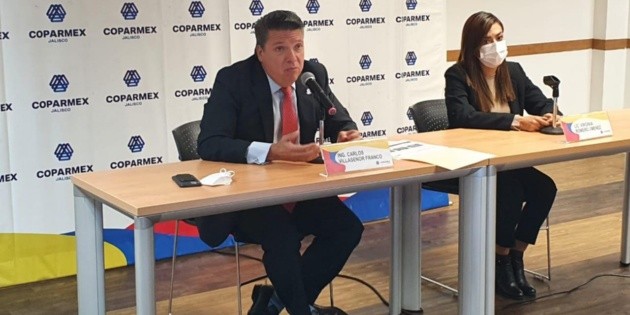 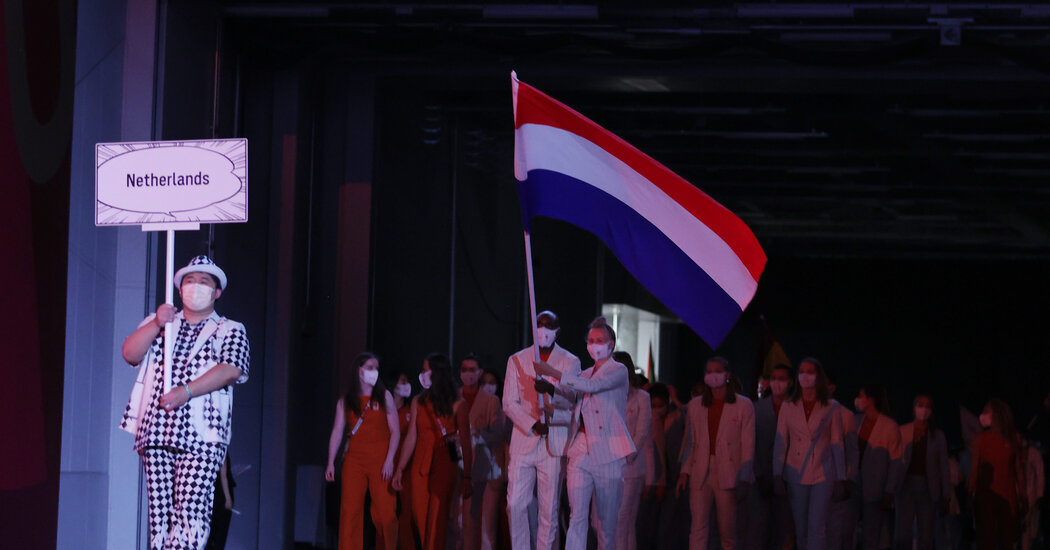