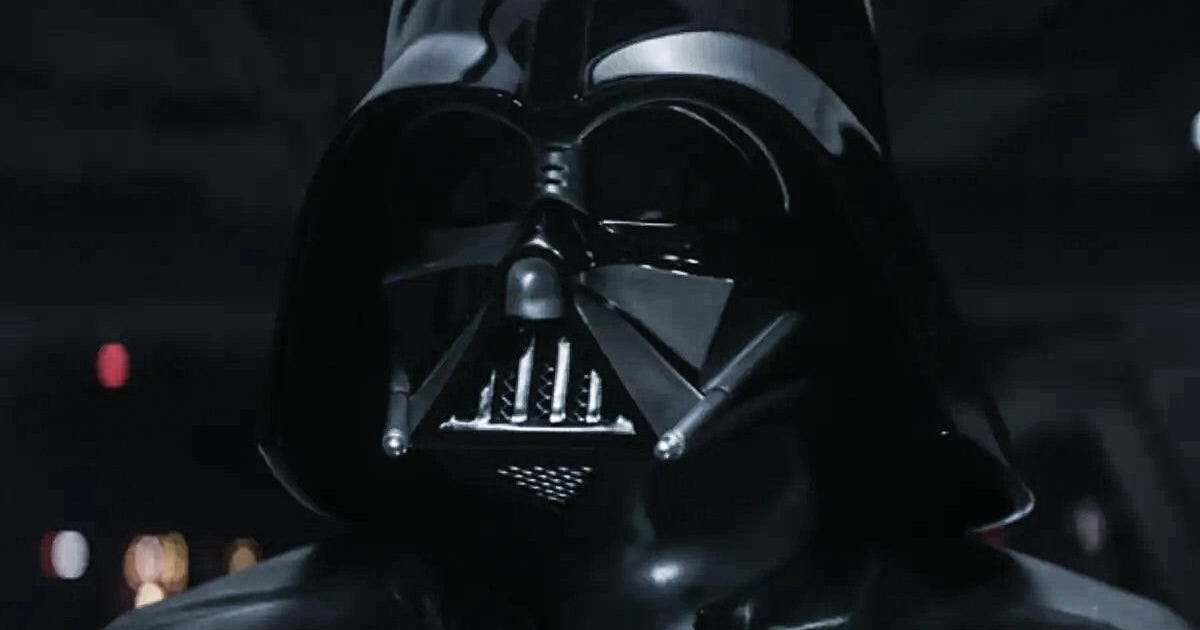 Obi-Wan Kenobi came to an end last month, with episode 6 — the season finale — of the live-action Star Wars show hitting Disney Plus. We caught up with exiled Jedi Obi-Wan (Ewan McGregor), 10-year-old Princess Leia Organa (Vivien Lyra Blair) and a group of refugees after they fled from Darth Vader (formerly Anakin Skywalker, played by Hayden Christensen and voiced by James Earl Jones) in episode 5.

Unfortunately, their escape may not be so straightforward. Anti-Imperial network leader Roken (O’Shea Jackson Jr.), who’s been helping Jedi and Force sensitives escape the Empire via an underground railroad known as the Path, reveals that their ship’s hyperdrive is broken and the Empire is in hot pursuit.

Former Imperial Inquisitor Reva (Moses Ingram) was left for dead by Vader after she tried to strike the Sith Lord down. She’s too angry to die though and seemingly figured out that 10-year-old Luke Skywalker (Grant Feely) is Vader’s secret son and living in hiding on Tatooine.

Obi-Wan sensed the danger to Luke through the Force, so I guess he’ll have to get back to the desert world to confront Reva. At least no one figured out that Leia is Vader’s other secret child.

It’s time to draw deeply upon the Force and sense some SPOILERS for the finale. This series takes place around 10 years after Revenge of the Sith and nine years before A New Hope.

With Vader defeated and Reva having abandoned her quest for vengeance by sparing young Luke, Obi-Wan returns to his Tatooine exile a changed man — he’s opened himself up to the Force again and has renewed hope for the future. He leaves his dingy cave, paying a brief visit to the Lars homestead.

Uncle Owen (Joel Edgerton) initially regards the Jedi with his usual suspicion but warms to him when Obi-Wan acknowledges that Luke «just needs to be a boy» and that the Lars’ protection is all the young fella needs. Isn’t that nice? It’s so nice, in fact, that Owen allows Obi-Wan to meet Luke.

«Hello there,» he says to his future apprentice, breaking out his signature greeting because Lucasfilm couldn’t resist and we all needed to hear it — I certainly feel better.

Obi-Wan continues his trek to his new home in the Dune Sea, where we’ll find him in A New Hope, but encounters one last person on his way — the Force ghost of his late master, Qui-Gon Jinn (Liam Neeson).

The spectral Jedi suggests that his former Padawan’s previous hopelessness was the reason he hadn’t shown up sooner.

Qui-Gon was impaled by Darth Maul in 1999 prequel trilogy opener The Phantom Menace, but achieved immortality by becoming  a Force ghost and continued to guide his allies in the material realm. He previously taught Yoda to do the same in The Clone Wars season 6, where he was also voiced by Neeson. These slightly trippy (but amazing) episodes reveal that Qui-Gon learned the ability from mysterious Force priestesses.

Over the next decade, leading into the Original Trilogy, Qui-Gon will teach this skill to Obi-Wan. This allows Obi-Wan and Yoda to offer Luke counsel after their deaths. Once he’s redeemed in Return of the Jedi, Anakin will gain this power, while Luke and Leia will do so after their deaths in The Last Jedi and The Rise of Skywalker.

Knowing Obi-Wan is still out there, Vader throws a little hissy fit in his castle on the unpleasant volcano planet Mustafar. Speaking to a holographic projection of his master, Emperor Palpatine (Ian McDiarmid, who’s played the character since 1983’s Return of the Jedi), Vader vows to make a big mess of the galaxy in his hunt for the Jedi.

«I wonder if your thoughts on this are clear, Lord Vader,» Palpatine says. «Perhaps your feelings for your old master have left you weakened. If your past cannot be overcome…»

It’s more of that classic Palps manipulation, since he wants his Sith apprentice focused on galactic domination rather than revenge.The jab/subtle threat clearly leaves Vader staken.

«Kenobi means nothing,» he says. «I serve only you, my master.»

Palpatine, aka Darth Sidious, is obsessed with cheating death, but his use of the dark side of the Force means he can’t achieve immortality by becoming a Force ghost. He tries to do so using dark science and creates a cloned body for his spirit to retreat to after Vader kills him in Return of the Jedi, but it’s all yucky (as seen in The Rise of Skywalker).

The rematch of the century

The centerpiece of the episode is the true battle between Vader and Obi-Wan, on a desolate moon that the Jedi lures his former apprentice to, in an effort to draw the Imperials away from their pursuit of the refugees. Vader asks if Obi-Wan has come to destroy him.

«I will do what I must,» Obi-Wan says, echoing his line from the start of their Return of the Sith duel he adopts his classic prequel-era pose.

It’s quite a contrast with the third episode, where Obi-Wan was super rusty and got battered by Vader. He has his groove back here, and it’s a pretty epic battle.

«Your strength has returned, but the weakness remains,» says Vader, cracking the ground with the Force and burying Obi-Wan alive. «And that is why you will always lose.»

Vader also has the high ground here — Obi-Wan should have known he was in trouble. Luckily for him, Vader makes the classic villain error of failing to double-check that his adversary is dead.

«Anakin is gone. I am what remains,» he says, his James Earl Jones tone reduced to a slightly digitized version of Hayden Christensen’s voice.

An emotional Obi-Wan apologizes for what Anakin has become.

«I am not your failure Obi-Wan,» Vader responds. «You didn’t kill Anakin Skywalker, I did. The same way I will destroy you.»

This makes Obi-Wan accept that his friend and former apprentice is gone. He walks away from the defeated Sith Lord, leaving Vader to impotently scream his enemy’s name.

Like Obi-Wan, Ahsoka seems to get through to Vader’s former self momentarily. However, his rage and bitterness quickly overcomes the connection, and he tries to attack his one-time friend.

It’s telling that neither Ahsoka nor Obi-Wan, two of the people Anakin was closest to in his old life, can bring him back. Only Luke Skywalker’s love and faith can redeem his father, causing the Sith Lord to renounce evil and sacrifice his life to slay Palpatine in Return of the Jedi, 13 years after the events of the Obi-Wan series.

The redeemed Anakin asks Luke to remove his helmet altogether, revealing his face fully before he dies. Obi-Wan and Ahsoka forcefully crack open his helmet to get to the gooey Anakin center and only see part of his features, suggesting he isn’t willing to expose his shame and guilt to them.

Speaking of Luke, Reva decides to hunt down the young fella on Tatooine. Aunt Beru (Bonnie Piesse) tells Owen they’ll defend their nephew at the homestead and pulls out a cache of blasters they had ready for this scenario.

It’s cool to see prequel trilogy actors Edgerton and Piesse getting some action, but they’re no match for the highly trained Reva (even though the former Inquisitor’s injuries and self-doubt are probably slowing her down).

This sequence comes within a hair of breaking continuity, since Luke almost sees Reva’s lightsaber and she attacks him with the Force — two things his 19-year-old self has no familiarity with when Obi-Wan explains them in A New Hope. Given how disorienting being chased must be, it’s easy to imagine he forgot much of this.

Reva ultimately catches up with him but can’t kill the unconscious boy after she sees her young self in him. Obi-Wan arrives just as she brings Luke home safely, and she wonders if hunting a child has made her become as bad as Vader.

«No, you have chosen not to,» Obi-Wan assures her. «Who you become now, that is up to you.»

Reva tosses her lightsaber in the sand, suggesting that she’s renouncing violence. It’s unclear what happens to her after this, since the character has never appeared outside this show.

Reva’s survival and redemption is the one of the few aspects that doesn’t feel like a closed loop in terms of storytelling. Most of the other Inquisitors meet grisly ends in Rebels and video game Jedi: Fallen Order, so it’s cool to know there’s at least one wandering the galaxy.

The concept of a dark Force user attacking the Lars homestead is reminiscent of the non-canon comic story Old Wounds, which is available in the 2005 graphic novel Star Wars: Visionaries.

It sees Darth Maul (sporting bionic legs several years before he’d do in canon in The Clone Wars) coming after young Luke to draw out his old adversary Obi-Wan. It ends with Owen shooting Maul in the head, and Obi-Wan burns the former Sith Lord’s body in the desert.

With Leia safely back with her foster parents on Alderaan, Obi-Wan visits as he promised to. He also tells her about the qualities she inherited from her late biological mother Padmé Amidala and her currently evil dad Anakin.

«You are wise, discerned, kind-hearted. These are qualities that came from your mother,» he says. «But you are also passionate and fearless, forthright. And these are gifts from your father.»

Secondary accounts like this might sorta explain why Leia remembers her mother as «very beautiful, kind, but sad» in Return of the Jedi. Since Padmé died just after Leia and Luke were born in Revenge of the Sith, there’s no way Leia actually remembers her.