School Boards Are Becoming the Fiercest Battlefront for the Culture Wars

When controversy erupted last year in the Central York School District in southern Pennsylvania over what looked like a ban on books by or about people of color, including children’s books about Rosa Parks and Martin Luther King Jr., Joel Folkemer, a Lutheran evangelical pastor and parent of two students in the district, decided to run for a seat on his local school board.

Folkemer has always spoken out against racism, bigotry, sexism and “other things that people try to use as instruments to distract or to tear people down or divide communities.” So when the all-white, Republican-led school board put a “a freeze” on a list of 300 books and resources created by a district-sanctioned diversity committee to bolster curriculum around anti-racism in the wake of the George Floyd murder in 2020, Folkemer became a leading voice in the fight for change.

Initially, Folkemer, who in addition to leading his congregation, coaches his son’s baseball team and helps with his daughter’s dance troupe, declined requests from community members to run for a seat, stating he didn’t have time to serve on the board. But after speaking at a student-organized rally protesting the school board’s decision to put on hold a pilot curriculum that would have addressed diversity and racism, Folkemer changed his mind.

“I eventually said yes because it wasn’t about me but serving the community in which I live,” he said of his decision. “It was about working for justice, equity, and inclusion for our students and the staff.”

Amid pressure from the community and national news coverage, the school board lifted its book ban in September 2021, a couple of months before the election. But Folkemer and others running to add more progressive voices to the school board said the damage had been done and a new direction was needed.


The community agreed. While Folkemer lost his bid for school board in the November 2021 election, the three other candidates running with him won their seats.

Folkemer and his fellow progressives in the race aren’t alone. There’s been intense interest in school board elections over the past year, fueled mainly by a fervor among conservatives to push cultural issues over school reopenings and masking, as well as diversity issues such as gender identity and how or if racism should be addressed in schools. The intensity of these debates has galvanized candidates on both the left and right to run for school board seats.

While there’s nothing new about culture wars bleeding into local politics and schools, experts say this time is different due to the coordinated campaigns fueling these debates and the deeply partisan divide that has emerged on both sides. The fights also come at a time when the institution of public education itself struggles to navigate a post-COVID world in which large numbers of students suffer from learning loss and mental health issues and teachers and administrators suffer burn out that’s leaving schools severely understaffed. These clashes also come ahead of what is expected to be a heated midterm election in November.

“The level of coordination and the financing from outside groups as well as the use of social media to spread a very consistent message is what makes this particular moment so different,” said Rebecca Jacobsen, professor of educational policy at Michigan State University. “What is frightening is that we’re now seeing national style politics in our largest and most trusted public institution, schools. I worry that trust will erode, especially as schools are faced with some really big challenges that have nothing to do with the national political and cultural issues in many of these races.”

Interest in school boards is way up

Two years of pandemic-related chaos has put school boards all over the country in the hot seat. In many places, the decision to return to in-person learning and whether to mandate masks fell to school board members, who are usually elected and unpaid officials.

Since the early days of the pandemic, frustrated parents and community members began showing up to school board meetings across the country, turning what are usually boring, bureaucratic meetings into shouting matches reflecting the wider cultural and political wars being waged. Protests began over school reopening plans and mask mandates. But they quickly morphed into debates around banning books and dismantling equity initiatives around gender identity and antiracism efforts.

The result has been a huge influx of interest in running for school board, which is way up nationally. This year the number of candidates running for office is up 17% compared with 2020, according to Ballotpedia.

Jon Valant of the Brookings Institution

Conservatives have been at the forefront, seizing the moment with national leaders inserting themselves and their views into the school reopening and mask debates and then fueling the pivot to hot-button culture issues. That’s making issues like critical race theory, an academic construct that looks at the consequences of systemic racism and that isn’t taught in K-12 classrooms, a catchall rallying cry for anything having to do with discussion of race or equity.

For Tammy Nakamura, who in May won a seat as a trustee on the Grapevine Colleyville Independent School District board in a suburb of Dallas, these national cultural issues played a major role in prompting her to run for school board.

Nakamura, who had served for six years on the Colleyville City Council, said she was concerned about educators, such as former Colleyville Heritage High School principal, James Whitfield, who she and other conservatives accused of teaching critical race theory and indoctrinating students. Whitfield, who was the school’s first Black principal in a predominantly white school, has vehemently denied these claims.

“Ninety-nine percent of our teachers are absolutely wonderful,” Nakamura said. “But it’s the 1% that are starting to push [CRT] into our schools. And if we don’t stop it now, within five to 10 years, they will have taken over our schools. We need to get back to the basics.”

Whitfield, who holds a doctoral degree in education, was forced out of his job last year because of a letter he had written in the summer of 2020 in response to the killings of George Floyd in Minnesota, Breonna Taylor in Kentucky and Ahmaud Arbery in Georgia, in which he acknowledged that systemic racism is “alive and well” and called on community members to “commit to being an anti-racist.”

Initially, the response to the letter had been positive, Whitfield told NPR’s This American Life, but in July 2021 a backlash began when a former candidate for school board publicly accused Whitfield of promoting critical race theory and demanded the board fire him.

Students rallied to defend Whitfield, but as the controversy took hold, the board voted unanimously in November not to renew his contract. In a settlement with the district, Whitfield is now on administrative leave and will continue to be paid by the district through August 2023.

In May, Whitfield testified before the US House subcommittee on Civil Rights and Civil Liberties in a hearing looking at political attacks on free speech and classroom censorship. In his testimony, he said that the attacks on educators, who have faced online bullying, death threats and hate mail, have been a coordinated effort by political groups on the right “who are determined to destroy public education.”

“I’ve witnessed firsthand what an environment can become when the most extreme, vile, hate-filled elements take grip of a community,” Whitfield said.

Nakamura said she and other conservatives are not out to vilify educators, but rather are supporting parents’ right to have a say in what’s being taught in the classroom.

“School districts are known to hide things from parents, and they shouldn’t,” she said. “Parents need to have involvement. And when you push the parents out, they’re not going to stand for that.”

She said this message has resonated with voters in Tarrant County, Texas, where last month she and fellow conservative candidates won 10 school board seats across four school districts.

Republican governors in states such as Florida and Texas have also pushed these culture issues in schools. Florida Gov. Ron DeSantis, a Republican, who in March signed the so-called “Don’t Say Gay” bill into law that forbids instruction on sexual orientation and gender identity in kindergarten through third grade, last summer said during an appearance on Fox News Channel that he would get the “political apparatus involved so we can make sure there’s not a single school board member who supports critical race theory.”

Almost overnight, groups like Moms for Liberty and No Left Turn in Education have sprung up and began working to harness parents’ and community members’ frustration.

More established conservative groups have also ramped up their efforts. The Leadership Institute, founded in 1979, launched an online training series in September for conservative school board candidates.

“Parents saw what was on their students’ laptops and what was happening in virtual classrooms during the pandemic, and they were not happy,” said Steven Rowe, director of digital training at the Leadership Institute. “The closer they looked, the more they wanted to get involved.”

“I worry that trust will erode, especially as schools are faced with some really big challenges that have nothing to do with the national political and cultural issues in many of these races.”

Progressives say Democrats in the past have not focused enough attention on local elections, like school boards, which they say has left many communities vulnerable to more extreme candidates on the right. But they’re starting to fight back with their own activism, with groups such as Run for Something, which actively recruits and supports candidates on the left to counter some of these efforts.

“The far right has been investing tons of outside money in these races,” said Amanda Litman, co-founder and executive director of Run for Something. “And the Democrats haven’t really had a good infrastructure in place to support candidates in these local, mostly nonpartisan races.”

But Litman said that’s where her group and others are trying to push back. Her group, founded in 2017 in the wake of President Donald Trump’s presidential victory, has been prioritizing local elections, including school boards.

“Longer term, the strategy is to build a bench of young leaders to run for offices,” Litman said. She said school board seats are often seen as a stepping stone for higher political office, but she said first-time candidates often struggle.

“The system isn’t built to make it easy to get involved,” she said.

School board politics and partisanship

This isn’t the first time that national politics and the culture wars have infiltrated school board politics. These clashes have been popping up for decades, starting almost 100 years ago with the “Scopes monkey trial” over the teaching of Charles Darwin’s theory of evolution in schools.

Through the decades of the 1950s, 1960s and 1970s, fights over civil rights and school integration have also played out in heated debates at school boards across the country. In the late 1980s and 1990s, issues over the teaching of sex education erupted in schools. In more recent years, we’ve seen the education wars driven by President George W. Bush’s No Child Behind legislation and President Barack Obama’s Race to the Top, which have pitted teacher unions against school reformers. Clashes over charter schools and Common Core standards have also attracted attention and money from outside groups.

But Michigan State University’s Jacobsen said that for all the money and attention the “education wars” produced, the attention given to these new fights largely driven by the swift dissemination of information via social media has produced a shockingly similar message that has spread across the country very quickly.

“Before the internet and social media, these ideas were shared at a much slower pace,” she said. “Today, the same messaging is seen all over the country all at once.”

It’s a phenomenon that Denise Blaya Powell, co-founder of the progressive group Women Who Run Nebraska, has also noticed. A key narrative in several Nebraska school board races centers on a March 2021 proposal from… 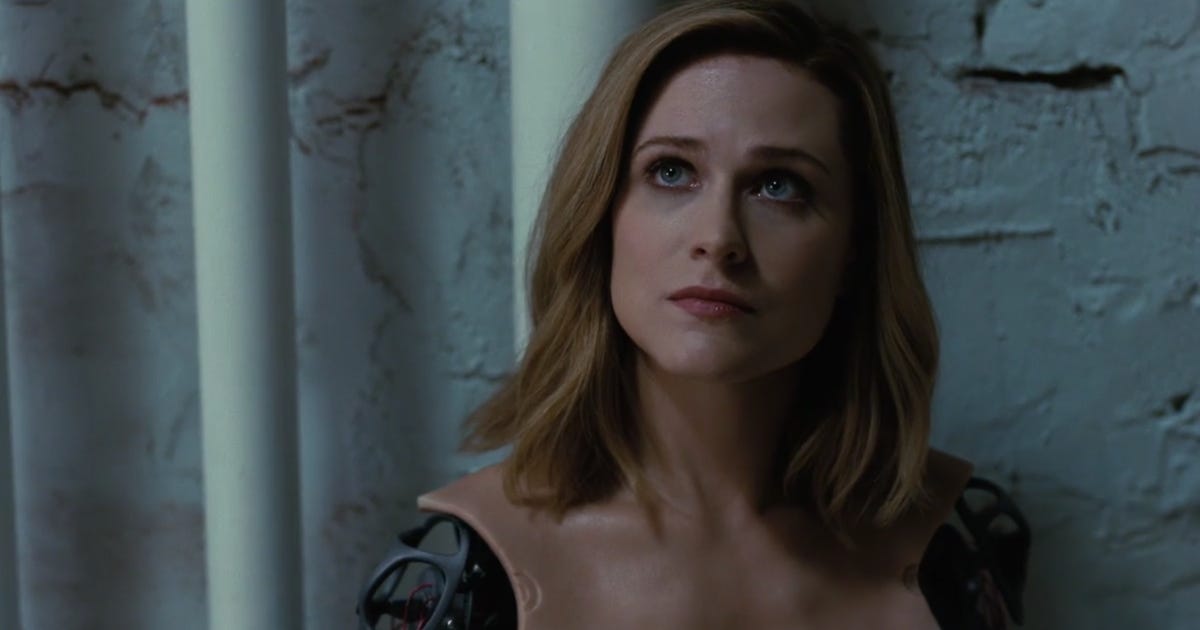 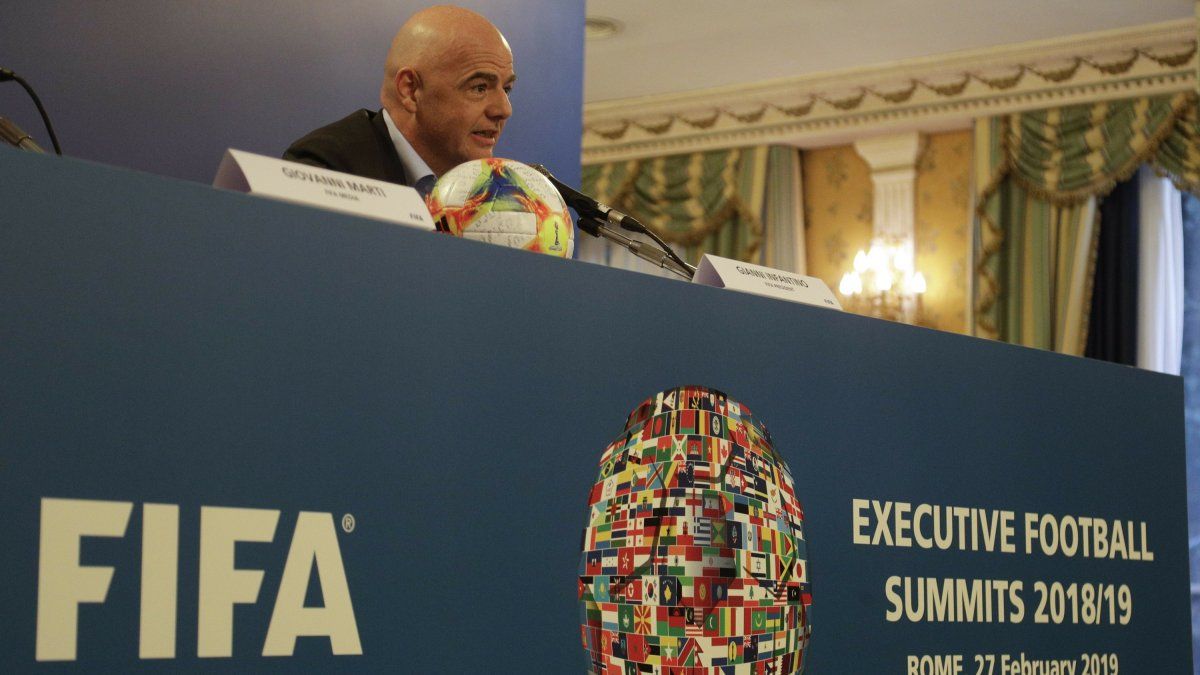 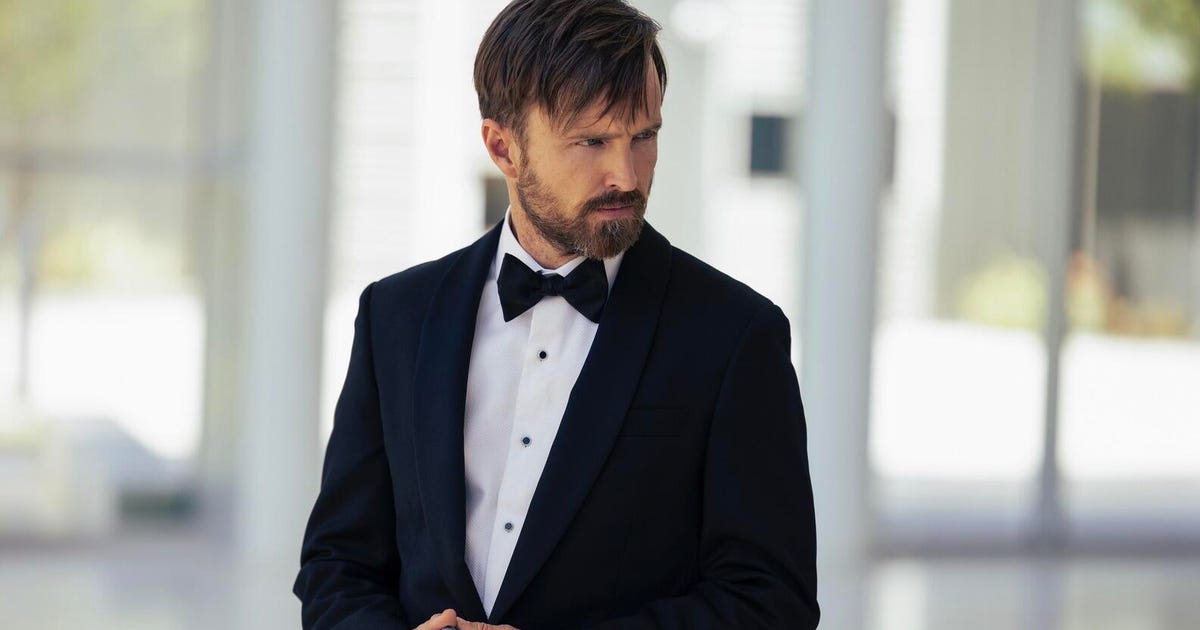 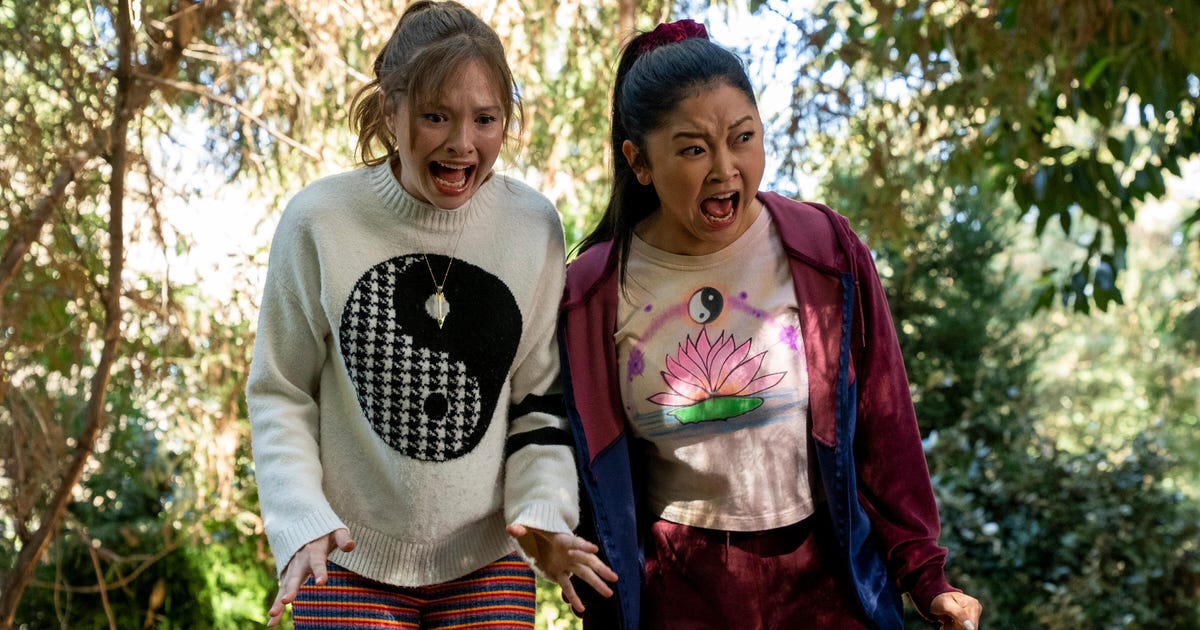 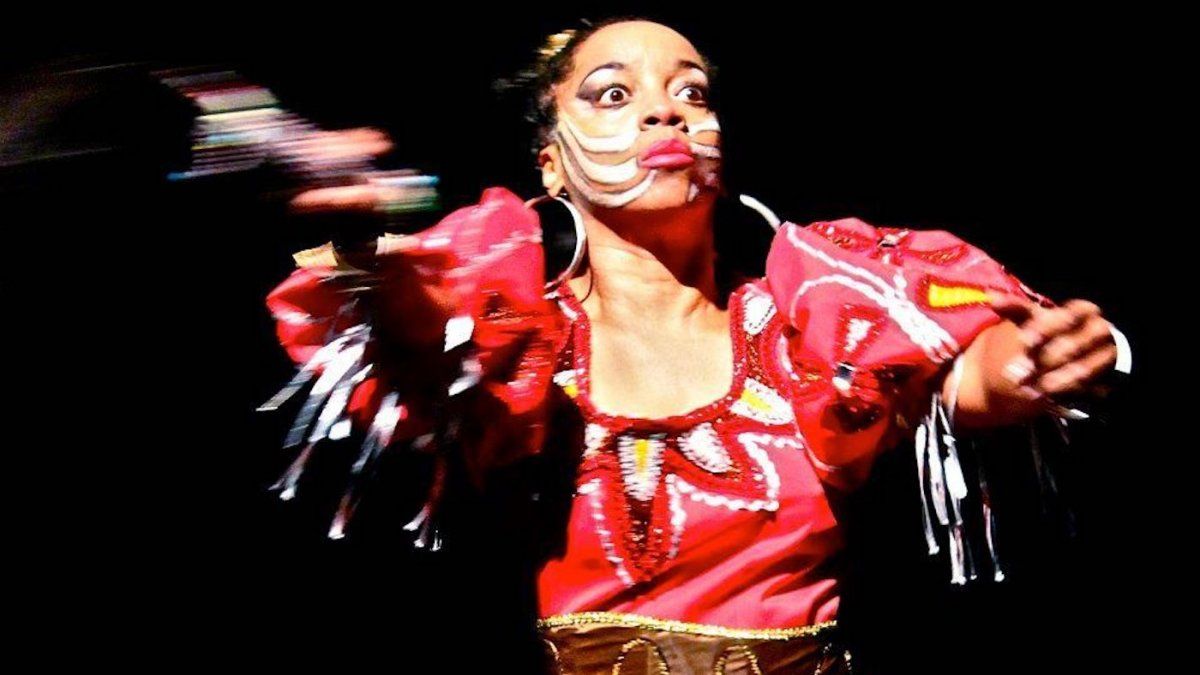