The 35 Best 90s Movies Everyone Should Stream This Summer

Anytime I’m finding myself in need of a little comfort (which, let’s face it, has been often in recent months) I turn to the nostalgic movies of my youth. Ah, the ’90s! This sweetly romanticized era gave us some seriously timeless classics and introduced many of us to iconic filmmakers like Spike Lee, Sofia Coppola, and more. But since I can’t be the only one that finds themselves scrolling endlessly through Netflix on the regular while trying to figure out what to watch, I’ve compiled a list of the best 90s movies that are available on streaming.

I find that the 90s turned out some of the most quintessential genre-defining films. It doesn’t get better than a 90s romcom, teen flick, or sappy, yet deeply emotional, drama. I found myself having to force myself to stop at 35 because there are just too many great options to pick from. Your girl spent a lot of time at Blockbuster—she’s seen it all!


You may notice that the list is all over the place, in what I consider to be the best way. There are some Oscar winners that are clearly of the highest filmmaking caliber, but there are others that were basically just superstar vehicles that have become cult-classics not because they’re stellar works of art, but because they’re a part of the cultural lexicon. (Insert all Ben Affleck movies here.)

Read on to find some of the best 90s movies available online right now.

Where to begin with this fantastical love story? Director Tim Burton created the ultimate goth romance between an artificially constructed boy with scissors for hands and an All-American girl. After a life of solitude in a castle on a hill, Edward Scissorhands, played by Johnny Depp, is discovered by a kind woman who welcomes him into her home and community. He falls in love with her daughter, Kim, played by Winona Ryder, and they have a short but sweet romance before the town turns on him. There are literal torches and pitchforks. Come for the gorgeous design, great acting, and sweet story, and stay for Danny Elfman’s beautiful score.


Available on: Starz and Amazon Prime

Did anyone else spend the better part of the mid-90s trying to recreate Liv Tyler’s look in this movie? Hilarious, sweetly touching, and the epitome of Gen X grunge cool, Empire Records follows the lives of the teen employees of a record store during a single fateful day.

Standout line:  “I went to rock and roll heaven, and I wasn’t on the guest list.”

Verrrrry loosely based on the classic Jane Austen novel, Emma, Clueless follows the life of Cher Horowitz, a Beverly Hills rich kid with a heart of gold. This seemingly shallow popular girl decides to play matchmaker for two of her teachers, and in the process realizes that things are not always as it seems. the movie is funny, cute, sweet, and somehow timeless while still being a total product of its time.

One of the most swoon-worthy films of the 90s, Baz Luhrman’s take on Shakespeare’s Romeo and Juliet cannot be missed. Leonardo DiCaprio is at his hottest, Claire Danes is angelic, and the chemistry between the two is absolutely fire. If you’ve never seen it, don’t be put off by the fact that the movie is in the original Shakespearean dialogue. It’s a modern take that is sexy, visually stunning, and features one of my all-time favorite soundtracks.

Standout line: “But, soft! what light through yonder window breaks? It is the east, and Juliet is the sun.”

This movie features one of the most implausible and absurd plots of our time. After discovering that an asteroid is barrelling towards Earth, NASA recruits a misfit team of oil drillers to save the planet. But you know what? It just WORKS. It’s campy, hilarious, sweet, and features a superstar cast that includes Ben Affleck, Liv Tyler, Bruce Willis, Steve Buscemi, and more.

Standout line: “Have you ever heard of Evel Knievel?” … “No, I never saw Star Wars.”

Available on: AMC and Amazon Prime

Based on Alex Haley’s book, “The Autobiography of Malcolm X,” this Spike Lee-directed film is as iconic as it gets. Starring Denzel Washington, it covers the life of the controversial and still-influential Black Nationalist leader. It takes you from his early life and career through his ministry as a member of the Nation of Islam. It’s certainly not a light watch, but it’s an important one.

I still can’t think about the late Robin Williams without tearing up, and his Academy Award-winning performance in this film is one of the standouts of his career. Written by Ben Affleck and Matt Damon, it tells the tale of an M.I.T. janitor from the south side of Boston who has a genius-level knack for mathematics. It’s a riveting look at class dynamics, love, loss, and what it means to succeed.

Standout line: “Son of a bitch…He stole my line.”

Available on: Starz and Amazon Prime

My own deeply personal, long-held biases have landed this film on the list. Based on the classic, perfect novel by Louisa May Alcott, this mid-90s adaptation is an absolute gem of a film. It stars Susan Sarandon as the matriarch of the March family in the 1860s. The semi-autobiographical tale focuses on sisters Jo, Meg, Amy, and Beth as they grow up, find love and their place in the world. I am of the opinion that every version of Little Women is wonderful because there is so much rich source material in the original novel that there is always a new perspective to be found.

Standout line: “Jo, how could you? Your one beauty!”

Inspired by Shakespeare’s The Taming of the Shrew, 10 Things is one of the quintessential teen movies of the late 90s. A pretty, popular girl can’t go out on a date until her surly older sister does, and in her quest to get her to fall for someone, chaos ensues. It stars Heath Ledger in a star-making performance as the high school bad boy with a heart of gold. It’s charming, sweet, and the perfect thing to throw on when you can’t figure out what to watch.

Standout line: “It’s not every day you find a girl who’ll flash someone to get you out of detention.”

Follow the lives of the only two punks living in Salt Lake City in the mid-80s. It’s a dark and gritty film while also being lighthearted and funny, skewering hypocrisy while also tackling the complexities of drug abuse, family, and religion. The film was a darling on the indie film set and went on to win an Independent Spirit Award for Best Screenplay. In the ensuing years it’s become a total cult classic and with good reason.

Campy, satirical, and sharp, But I’m a Cheerleader is about a cheerleading-obsessed teen who is sent to a “straight is great” rehab camp after her conservative parents and friends suspect her of being a lesbian. And while IRL conversion therapy is no laughing matter, this film is able to show the absurdity of these kinds of conversion camps thanks to a pitch-perfect script and great performances by Clea Duvall and Natasha Lyonne.

Standout line: “I’m Sinead. I like pain. I’m a homosexual.”

The ultimate reality show, The Truman Show follows the life of a man whose entire life has been filmed as a television show. The only problem is that he’s the only one not in on the secret. Everyone from his parents to his wife, friends, and co-workers are hired actors. When he begins to grow suspicious of his world, the show’s producer intervenes in more and more ludicrous ways to keep him from finding out the truth. It’s worth a rewatch for Jim Carrey’s incredible performance alone.

Okay, yes, this is a kid’s movie, but hear me out. It’s got great dance numbers, a killer soundtrack, and features an absolutely adorable Christian Bale doing his absolute best to hit some high notes. This musical is based on the real-life New York City newsboy strike of 1899. After years of being exploited beyond reason, the newsies decide to unionize and truly made history. It’s a film that resonates not just because it’s a good movie but remains timely to this day.

Available on: Amazon Prime and Disney+

Hugh Grant couldn’t be more charming as a floppy-haired bookseller who falls in love with an American movie star. It’s the ultimate rom-com from a decade in which romcoms were thriving. Romantic, funny, sweet, and utterly dreamy. Julia Roberts stars as the biggest movie star in the world, which was incredibly self-aware and intriguing given that at the time, she was Hollywood’s most bankable star. Always a delight!

Standout line: “I’m just a girl, standing in front of a boy, asking him to love her.”

The film Selena propelled J.Lo to a new level of fame with her portrayal of the real-life Tejano singer. It follows her life from childhood—where she started out performing with her siblings in music festivals—to her unexpected Grammy win, all before her untimely death. It’s a fabulous cult-fave film that cemented J.Lo’s stardom and honors Selena’s life. You can’t go wrong with some pizza, beer, and Selena for your next night in.

Standout line: “Anything for Selenas!”

If you love mockumentaries, then this is the film for you. This absolutely hilarious satirical take on small-town beauty pageants couldn’t be better. It stars Kirsten Dunst as a young woman from a trailer park who is desperate to win a beauty pageant despite being up against the much wealthier Denise Richards. It all takes a turn when the competition turns deadly. Ellen Barkin and Kirstie Alley give pitch-perfect performances as warring stage moms. You’ll be quoting this one for weeks to come, it’s absolutely outrageous in the best way possible.

Standout line: ” I don’t eat shellfish. Mom always says, ‘Don’t ever eat nothin’ that can carry its house around with it. Who knows the last time it’s been cleaned.’ She should know.”

Based on the novel by astronomer and science communicator Carl Sagan, Contact, tells the story of Dr. Ellie Arroway, who is played by Jodie Foster. After years of searching for conclusive evidence, she finds proof of alien life and intelligence. The extraterrestrials send her plans for a mysterious machine and she has to find funding and support amidst a chaotic background. It definitely falls within the realm of sci-fi, but remains accessible for those who may not be into the genre.

While Philadelphia does not exactly make for a chill night in, it’s a wonderful and groundbreaking movie. Tom Hanks plays a man with HIV who is fired by his law firm when they find out he’s sick. The only person he can hire for his wrongful dismissal suit is a homophobic small-time lawyer, played by Denzel Washington. While the film is fiction, these kinds of situations were certainly a common occurrence in the late 80s and early 90s, and this movie was seen as much needed representation for the queer and HIV-positive community.

Standout line: “We’re standing here in Philadelphia, the city of brotherly love, the birthplace of freedom, where the founding fathers authored the Declaration of Independence, and I don’t recall that glorious document saying anything about all straight men are created equal. I believe it says all men are created equal.”

Available on: Starz and Amazon Prime

Sofia Coppola’s dreamy and ethereal aesthetic was never clearer than it was in The Virgin Suicides. When a group of teenage boys becomes obsessed with five sheltered sisters,…

Before the billionaires and oligarchs, the unlikely story of football’s first foreign owner 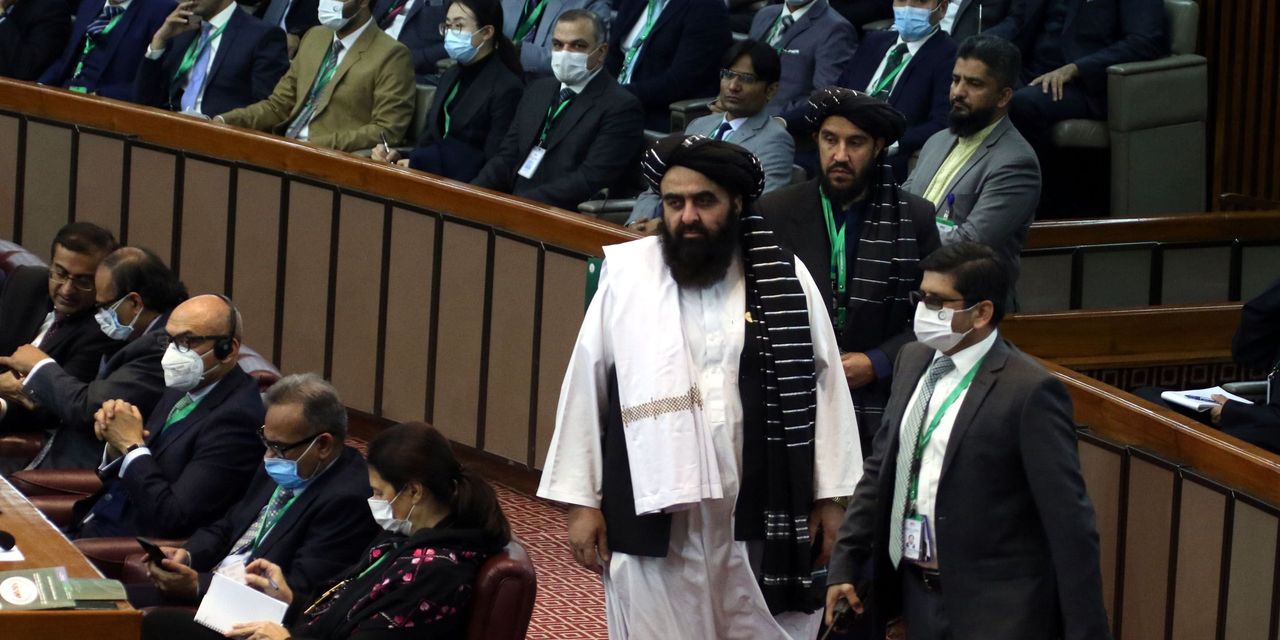 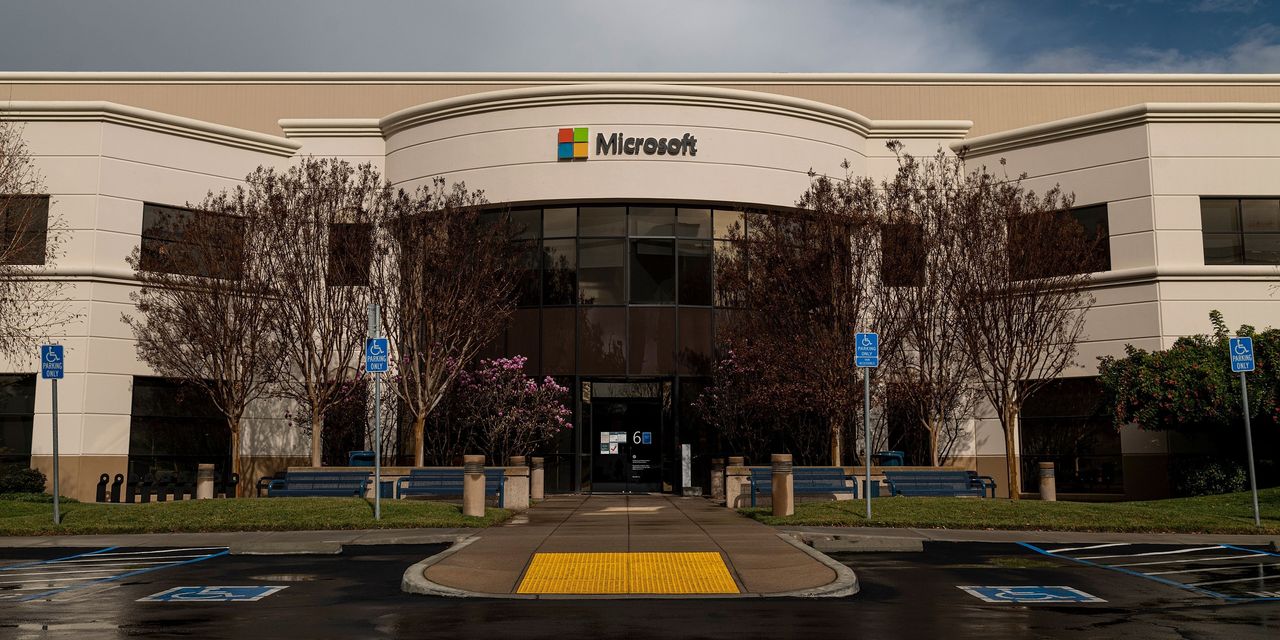 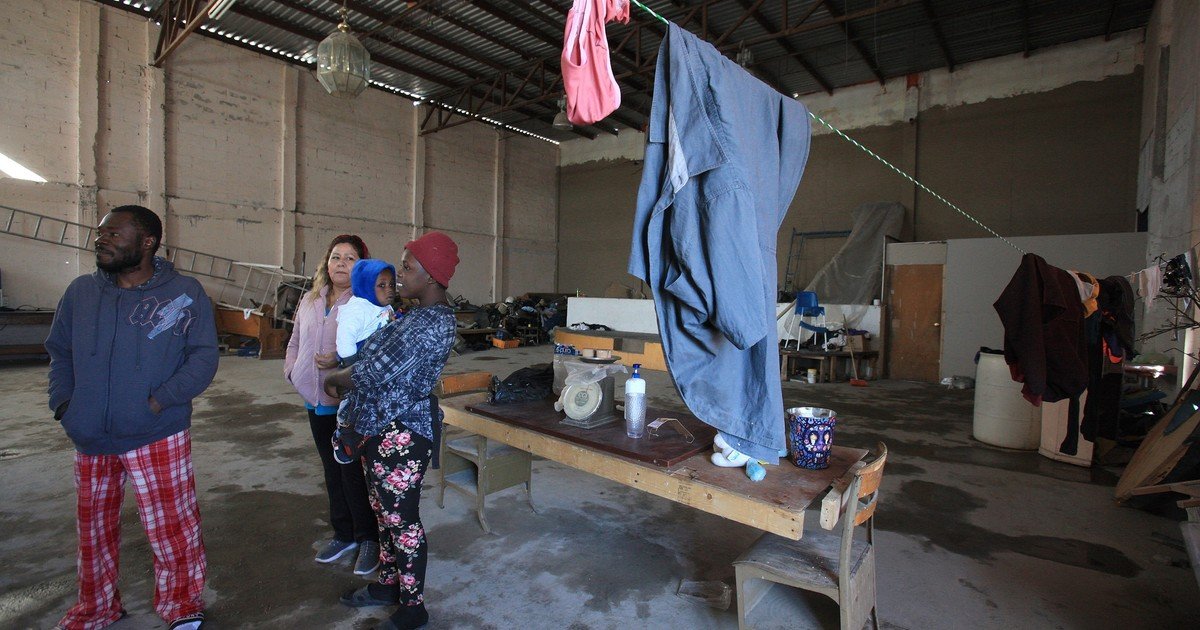 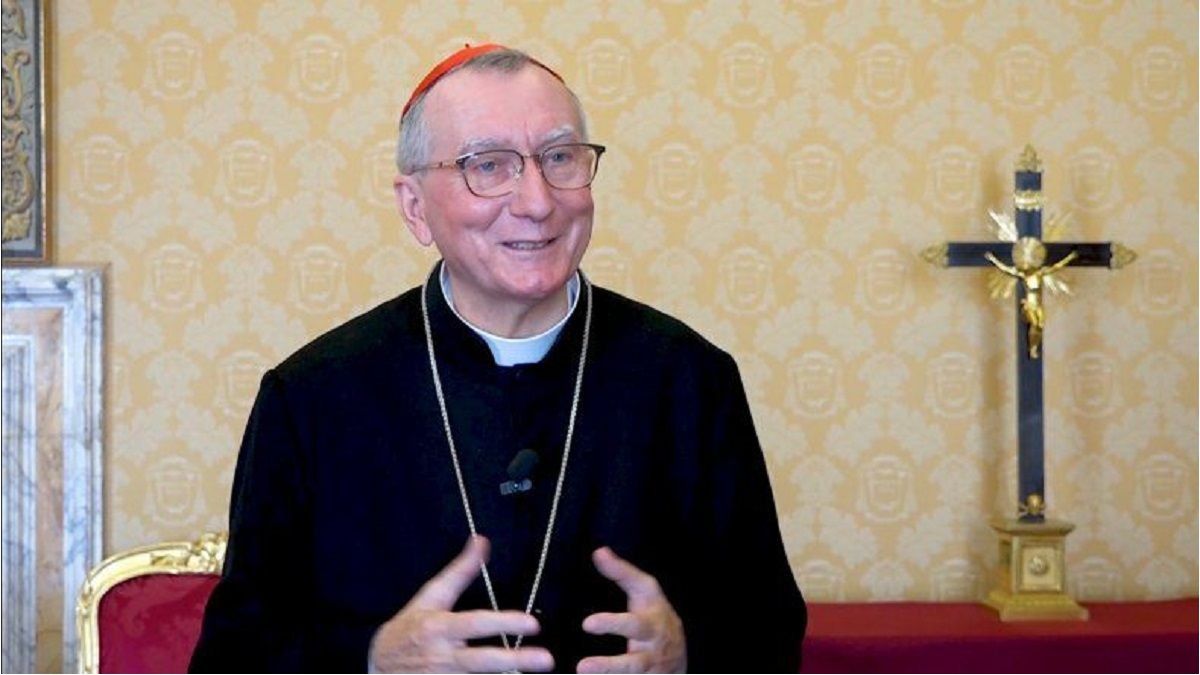 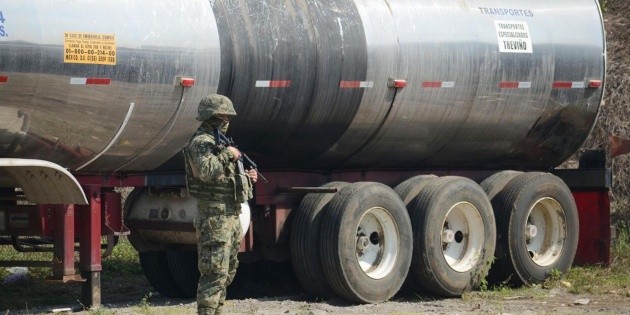