What Is a Diaphragm? A Midwife Explains How It Works and If It’s Effective

The first time I ever came across the concept of a diaphragm, I watched Sarah Jessica Parker as Carrie in an episode of Sex and The City. She was moments away from totally unexpected sex and with no condoms in sight, she needed birth control, ASAP. She had an ‘aha’ moment and ran to her bathroom to pull a dusty container off the back of her bathroom shelf. As she blew away the dust atop the container the message was clear. This thing was old school… and that’s exactly the reputation and association the diaphragm conjures up for many. However, I’m here to let you know—as an expert in birth control and prescribing birth control almost daily at work—the diaphragm is back by popular demand, and there are great reasons for it!

So, let’s start with the basics: what is a diaphragm, the history, how it works, and if it’s right for you. Ready? Let’s go!

History of the Diaphragm

Invented in 1842, the diaphragm served as a popular method of birth control for over 100 years across the world. The diaphragm was originally brought to, and popularized in the United States in the 1920s by birth control advocate, Margaret Sanger who would actually illegally imported and distributed diaphragms to women desperate for control of their reproductive health and family size. I highly recommend reading about this inspiring woman if you’re not familiar. In the early 1900s, birth control paraphernalia, including condoms and diaphragms were actually illegal according to a law qualifying them as “lewd and lascivious.” Imagine a world without access to birth control for one moment, and remember that access to reliable birth control is less than 100 years old. Wild!

Back to diaphragms! While widely distributed and used for over 40 years as one of few available options, the diaphragm eventually took a dive in popularity between the 1960s to 80s after the advent of the oral contraceptive pill (the pill) and the Intrauterine Device (IUD). Historically, when women had fewer options and were desperate for birth control, they took what they could get, and plenty of hormones was the name of the game. However as the pendulum swings (and it always does) we are thinking more and more about what options we have, how our body interacts with hormones, and we are feeling pickier—and rightfully so my friends!

The focus of birth control now lies in finding what works for you, rather than doing exactly what your doctor says or recommends. Explore your options, especially if the method you’re using doesn’t feel good for you. That being said, using hormones for birth control works for many women and is a wonderful and very reliable option that I personally totally approve of—so you do you, boo!

Most people requesting the diaphragm are looking for a non-hormonal birth control option because they don’t like the side effects of hormones or have medical conditions that disqualify them from using one. We’re moving quickly into a time where keeping things natural is a big deal for women. Additional benefits include the fact that it’s totally controlled by the user, (no more oh sorry, I didn’t bring a condom moment), is relatively cheap and easy to use, and it’s eco-friendly! Diaphragms also don’t decrease sensation the way condoms do which we all know is huge. Alright friends… have I raised curiosity for this time-tested form of birth control? Wondering if it might be a good fit for you? Read more about how diaphragms are used and how effective they are to decide if it’s something you’d like to try!

So… What is a diaphragm?

Diaphragms are classified as a barrier method of birth control (similar to a condom), and can be prescribed by your midwife or OB-GYN in an annual or birth control consult visit. They are reusable and “good” for up to two years. Diaphragms are typically covered by insurance. Without insurance, a diaphragm may cost between $40-100 dollars out of pocket. Diaphragms are designed to, and must be used in conjunction with, a lubricating jelly called spermicide to be as effective as possible. Spermicide, as it sounds, is a contraceptive substance that immobilizes or kills sperm before those little dudes can reach the uterus.

The diaphragm itself is a dome-shaped shallow cup made of soft, thin, flexible silicone, and inserting one doesn’t feel much different than using a menstrual cup. The silicone is thinner than a menstrual cup but not as thin as latex used in condoms. The circumference of the diaphragm has a bendy, springy feel to it and is slightly thicker than the rest of the device. This springy design helps to hold the diaphragm in place in conjunction with your pelvic floor muscles in the vagina. Once the diaphragm is correctly in place, deep in the vagina, covering the cervix appropriately, the user should not be able to feel it. On the note of sensation, one benefit to the diaphragm over condoms is that there is more sensation for both partners having penetrative sex as it does not cover the penis. The diaphragm however does not protect against sexually transmitted infections as condoms do. Diaphragms are totally safe to use with breastfeeding or for people who have medical conditions that exclude them from using hormones as they are hormone-free.

*Anatomy reminder, the cervix is a small, donut-shaped opening of the uterus that sits at the far most internal end of the vagina. There is a small opening in the cervix known as the cervical os. The os is where sperm enter the uterus and fallopian tubes to meet an egg for fertilization and pregnancy. Ever wondered what in the heck a cervix looks like? Check out this article that shows photos of a cervix through a typical cycle.

How to use a diaphragm?

Each diaphragm will have slightly different instructions but the basics are the same. I really like this planned parenthood article on how to use a diaphragm correctly. Below is the verbal description I give my patients during an appointment when prescribing them.

When do I insert a diaphragm and other common questions

You may insert your diaphragm in conjunction with spermicide up to two hours prior to sex. It’s best to insert the diaphragm when you are not already aroused.

Wait six hours after intercourse to remove the diaphragm, it’s easier to get out than it is to put it in. Removing it any earlier increases your risk for pregnancy, as sperm may still be alive and able swim up into the uterus to find an egg.

What if it’s been more than two hours since insertion?

If you insert the diaphragm before a date or expected sexual encounter, and don’t end up having intercourse until greater than two hours after insertion, leave the diaphragm in place—you only need to insert another dose of spermicide into the vagina prior to having sex. *Spermicide comes in pre-dosed applicators to make this easy.

What if we have sex more than once?

Oops! What if I forget to take it out?

Diaphragms should not stay in the vagina for more than 24 hours. Leaving them in for longer increases your risk for toxic shock syndrome. This is rare and unlikely but does occur. Read the link about TSS (toxic shock syndrome) and keep an eye out for any signs or symptoms in your own body. If you have any of these symptoms call your doctor or go to the emergency room right away.

How do I clean it and store it?

When you have removed the diaphragm from the vagina after sex, rinse it with warm water and a gentle, mild soap and let it air dry either on a paper towel or in the case with the lid open. Do not store the diaphragm wet in the case and do not apply any powder to the diaphragm.

Is it safe to use lubricants with a diaphragm?

Yes! As long as they are water-based. DO NOT use any oil-based lubes such as coconut oil, or silicone-based lubes (which are increasingly popular) as these two types can break down the diaphragm and make it less effective. To be safe, check the ingredients on the lube you buy from the store or online before using anything in conjunction with your diaphragm during sex.

How well do diaphragms prevent pregnancy?

According to Planned Parenthood (who are considered to be national experts in prescribing and managing birth control), the diaphragm is 94% effective when used perfectly. However, no one and nothing is perfect so with typical use, it’s about 88% effective. That means 12 in 100 people who use the diaphragm for birth control will become pregnant over a year’s time. Diaphragm failure and pregnancy typically result because users don’t use the diaphragm correctly, or don’t use it every time they have sex.

In general when confronting the effectiveness of your birth control method (and making a decision that feels right for you), I always recommend choosing a method that matches your comfort level and needs when it comes to the chance of getting pregnant. That’s the point right? Use something that matches your current ideals, which can change over a person’s lifetime! For some people or couples, a 12% chance of pregnancy over a year is no big deal—they may be in a relationship, already have kids, and not mind the small chance of having more, or be open to the possibility that if pregnancy happens, it’s fine with them. For others, say perhaps a single college student with no plans of starting a family anytime soon, this percentage is unacceptable! Keep this in mind when determining if the diaphragm is a good fit for you personally. I also recommend using this method in conjunction with cycle tracking to increase the effectiveness. You could add a condom, or use a condom instead during your ovulatory window, and use the diaphragm when you’re less likely to be ovulating.

To view a chart that compares many types of birth control efficacy (effectiveness), side effects, and pregnancy rates by the method of contraception chosen, check out this one by the FDA.

How to pick a spermicide

Spermicide traditionally contains an ingredient called nonoxynol-9 that works as an agent to kill sperm before they enter the uterus. This kind of spermicide works very well for many women and is effective at preventing pregnancy when used correctly with the diaphragm. Some women have sensitivities to nonoxynol-9 or may be concerned about using this kind of substance in their bodies for a variety of reasons. Because of this common concern, I will list my favorite natural spermicide (which has to be ordered from outside the U.S.), as well as an easy-to-access brand of nonoxynol-9 containing spermicide sold all over the U.S. Consider using a more natural option if you already know you have sensitive skin or genitalia.

This spermicide works by changing the PH of the vagina to kill sperm. This may not be a good option if you have a history of chronic or frequent bacterial vaginosis infection (BV). It is not available in the United States or approved by the FDA, hence this is a link to a Canadian pharmacy that ships to the US. I recommend it to all my clients and they use it successfully.

This spermicide contains nonoxynol-9 as an active ingredient and is widely available at pharmacies and grocery stores. The pre-filled applicator will allow you to use one dose at a time easily and without contaminating the tube. 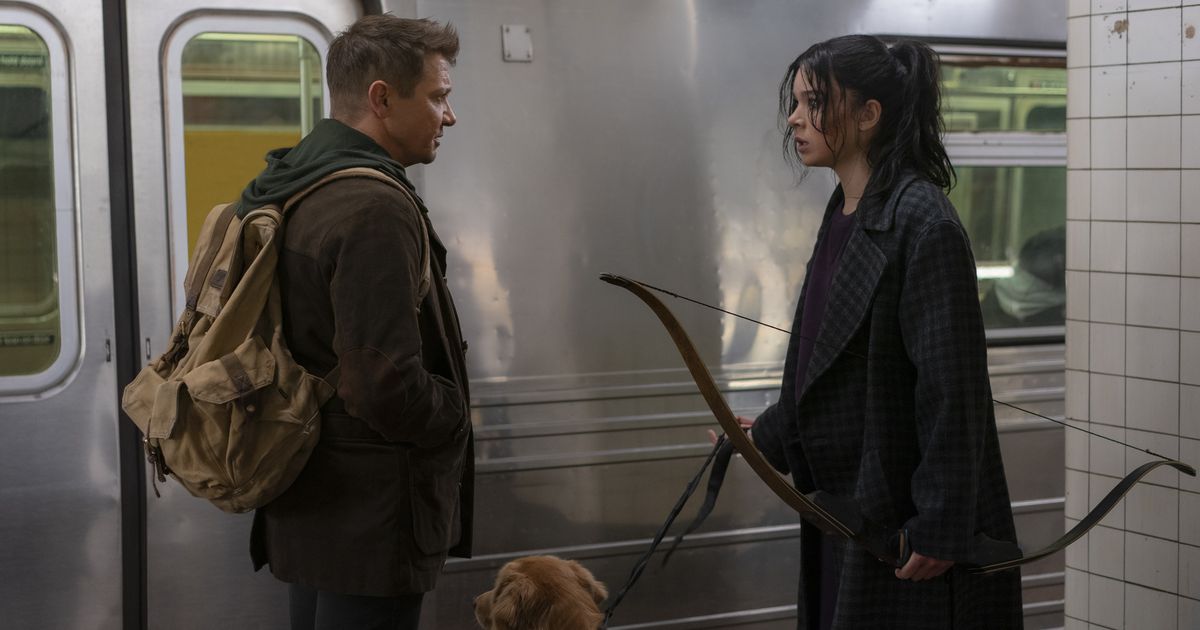 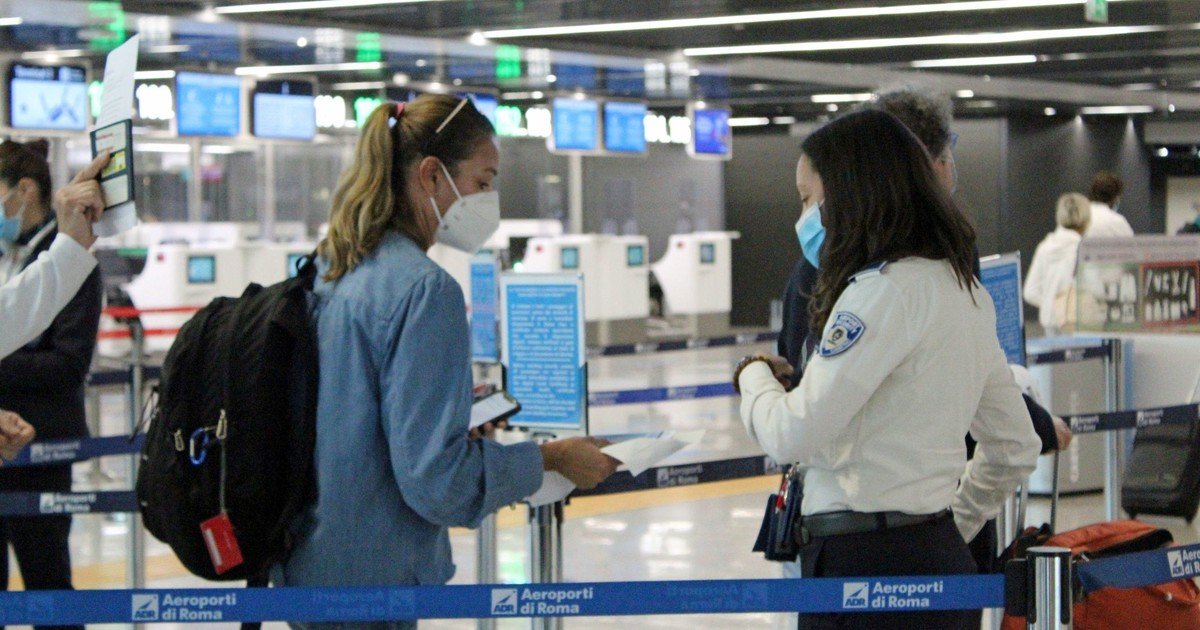 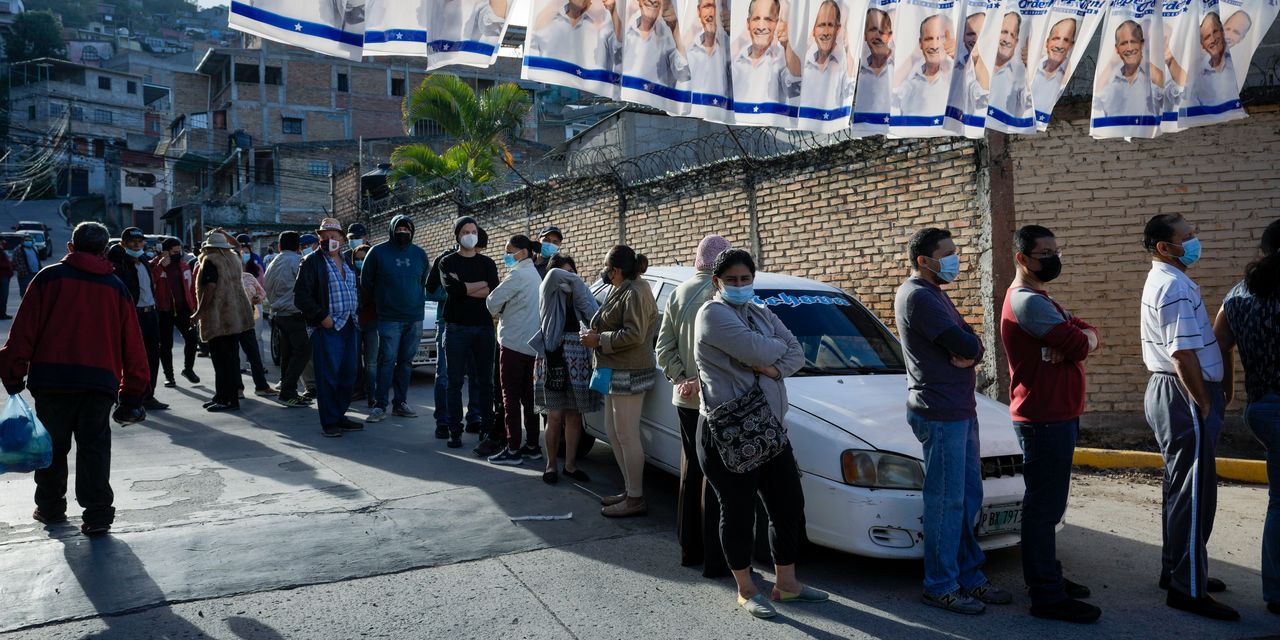 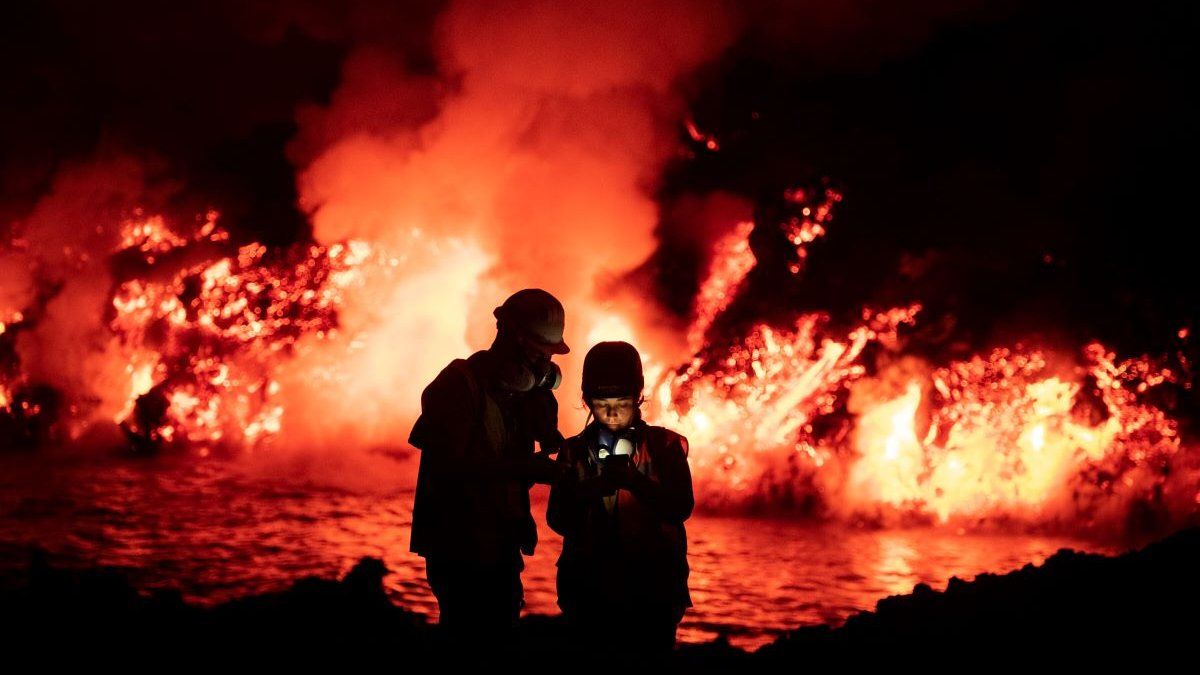 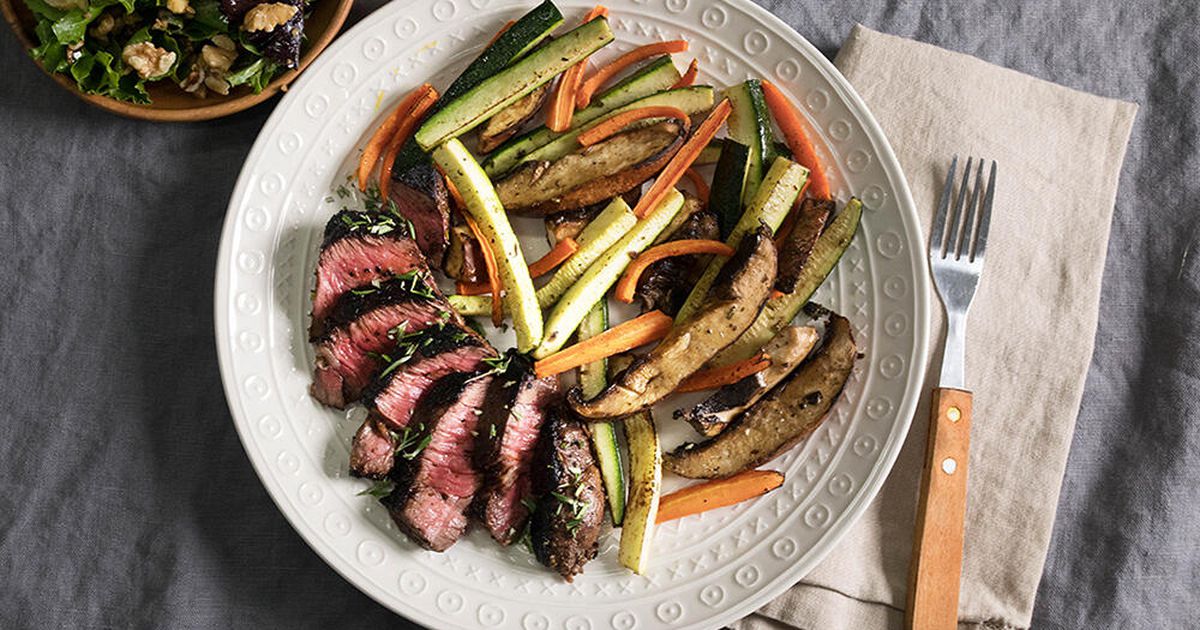 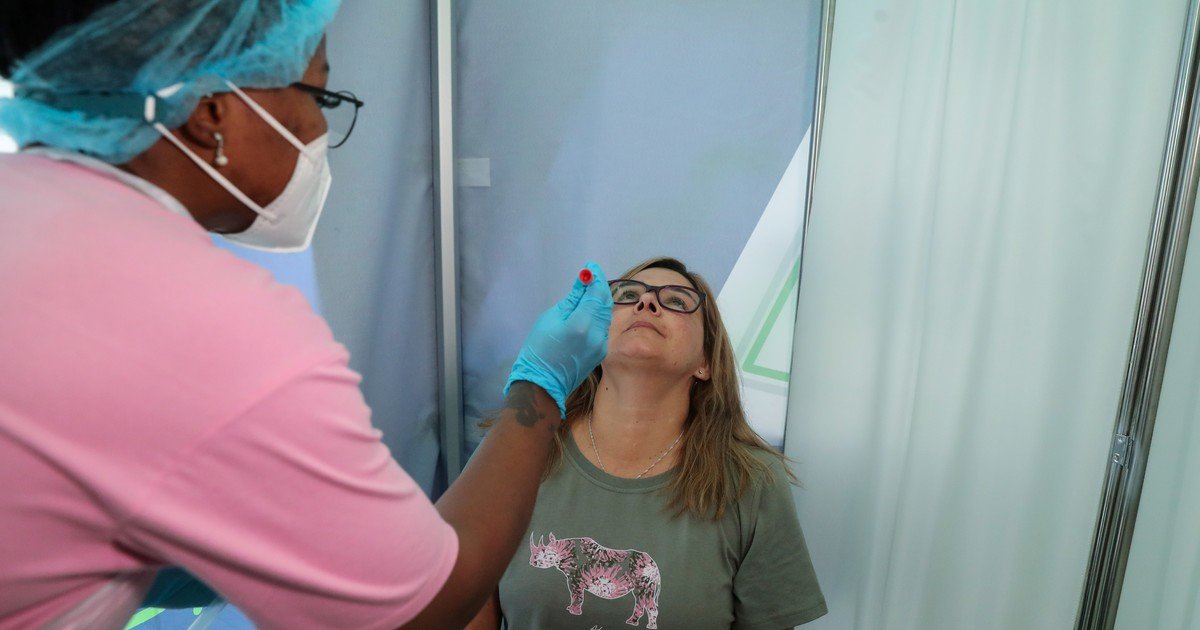